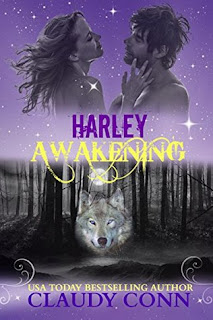 Harley has everything a vampire-white witch hybrid could want: wonderful parents, a hunky sort-of boyfriend, and a clan of loving friends. When that life is taken away from her, Harley doesn't want to serve revenge up cold. She wants to serve it up now, and she wants to serve it up HOT. And then Kian enters her life and she knows, she just knows she is in trouble because it isn't wise to let yourself look too long at a hunk that takes your breath away when you think his heart might belong to someone else. But what can you do, when he is in your face every single time you turn around and dark magic, and werewolves keep getting you into trouble? 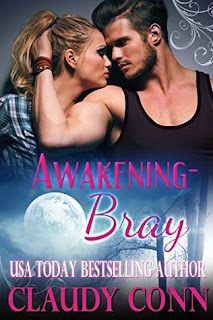 Even as children they were forces to be reckoned with, but now Stevie and Wendy McChauncey and their friend Bray are all grown up. Stevie is a Druid high priest, Wendy is a Fios with blossoming Druid powers, and Bray has come into his majority as a Royal Fae Prince. And when Cain Crowton, a powerful alpha werewolf surrounded with an aura of dark magic, moves into the peaceful town of Golden, nestled in the Canadian Rockies, Wendy, Bray, and Stevie will have to use all the powers they’ve developed. For Cain is not simply a werewolf. His body and mind have been taken over by Valmod, a demon from another realm. Valmod tasted temporary defeat at the hands of Daoine Fae Kian and his vampire-shifter hybrid mate Harley. But he’s had time to recover and to plan his comeback. And he has chosen Wendy to be the mate by his side as he takes over the Human Realm, and beyond. 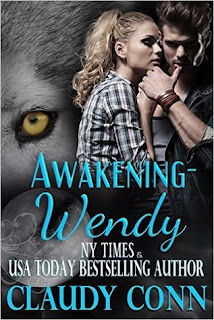 What would you do if you awoke and found you were wolfen? Wendy runs. She doesn't want to hurt her loved ones and she needs to get control of the violence inside of her. She was bitten by the alpha wolf, Cain, and because she was already a supernatural, the werewolf venom has a strange and devastating effect on her. Tracking her is her Fae Prince, Bray who is determined to save her and find a remedy for the painful condition of turning with each moon. With him are her brother and her friend Kate. Together, they fight an evil force, Cain, who is so much more than he represented himself to be. He wants and means to infiltrate the Human Realm, town by town and insinuate himself as the leading power. 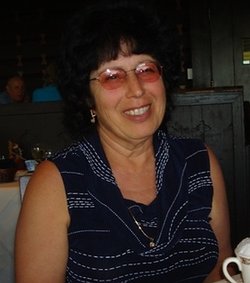 Some may know Claudy Conn as Claudette Williams/Melanie Davis, two names she used when publishing her regency and historical romances, with Random House, Zebra and Doubleday.


New York Times and USA Today bestselling author who writes historical and regency romances, has stepped into the world of paranormal romance as well, with her hits such as The Legend Series, Through Time Series and the Shadow Series.

We asked what does she do when she isn't writing and she tells us, she and her hot husband love hiking, swimming, traveling and playing with their variety of animals--wolf Cherokee and her now overgrown hybrid pup, Rocky the Man, included.

Her favorite things she says are, chocolate, fries and pizza.
She loves to hear from her fans, so visit her at: www.claudyconn.com