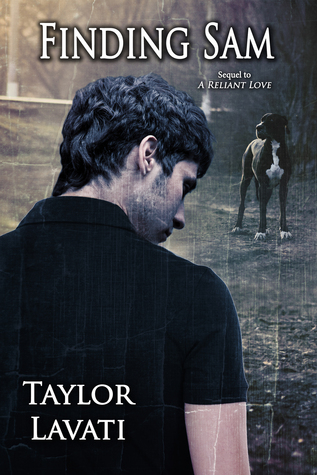 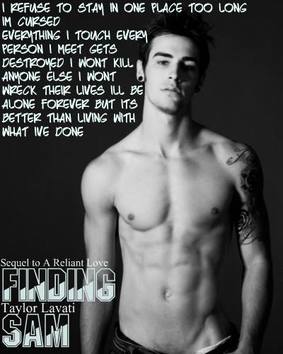 Sometimes, the past isn’t supposed to be forgotten.

Sam is convinced he’s cursed. Everything he touches dies. He leaves his past behind and travels across the country, hoping the distance will save the loved ones he’s left. When his car breaks down, he becomes stranded, finding comfort in a stray dog.

Despite the fact that he refuses to build any relationships, the people of Sterling, Colorado wiggle their way into his heart. His adopted dog, Lucky, shows him he can handle responsibility. His new boss, Lenny, shows him he has purpose. His neighbor, Izzy, shows him he’s capable of love again. But can Sam find happiness after he’s lost it all?

Finding Sam, the sequel to the bestselling novel of addiction and attraction, A Reliant Love, is a tale of redemption, acceptance, and finding yourself. 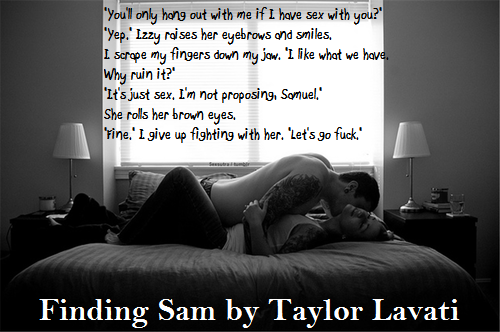 “I shouldn’t be here,” I mutter under my breath.
“Like in this town or here in the kitchen with me?” She quirks her head to the side and crosses her arms over her chest. It’s defensive, but not, at the same time. More likely a precautionary arm cross.
“Both.”
“Do you not like me? I know I can talk a lot, and I’m trying hard to be positive in this awkward situation. Sometimes it’s just one comment too much that can set someone off. I’m sure you can tell, but I’m normally really upbeat and positive.” She nods like a hundred times.
“Why?”
“Anything can happen at anytime, so you have to live every day like it’s your last. That guy just pisses me off.” She shakes her head, dragging in a loud breath.
“Listen, I’m not begging you to like me,” she says as she slams the refrigerator door shut. “It’s just that you’re new around here, and I saw you as a clean slate. I just want to be friends, so if you have a girlfriend, that’s fine.” She steps forward and grabs my forearm. I stare down at where our bare flesh connects. “Seriously, I’m not a relationship person. I don’t believe in relationships, but I do respect them. I’d never step on another girl’s toes. I just want to be friends.”
“I’m leaving the second my car is fixed.” My words ring with finality. Her hand falls from me as she steps backwards towards the fridge like I slapped her. 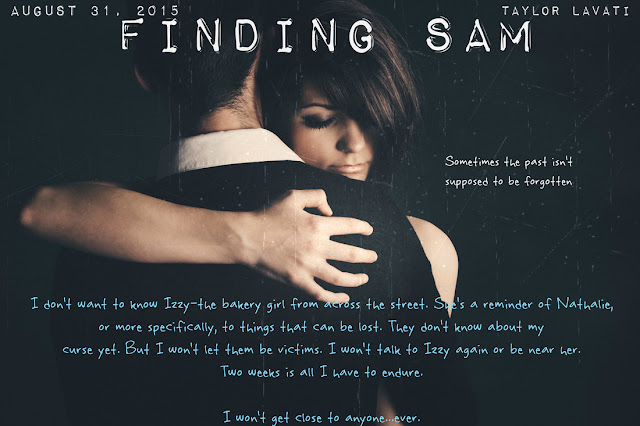 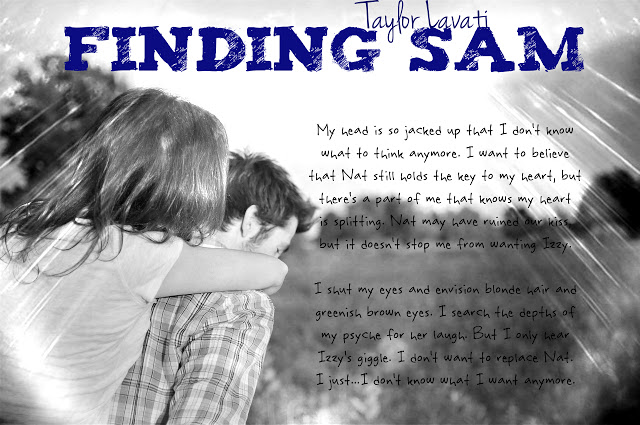 Other Books in this Series

Nathalie Carter wants one thing: independence. She has paid her dues by living at home under her parents’ watchful eyes, earning grades to give her a ticket out and joining clubs she had no interest in to get into college.

She plans to experience things she believes every new adult should—from falling in love to playing beer pong and pulling an all-nighter to skipping class because she’s too hungover. But nothing ever seems to go as planned, and she gets pulled into a world she never imagined existed.


Samuel Torrington’s past refuses to release him from its vise-like grip; but he has a plan, and once his senior year of college is over, he can finally move away and start anew. His addictions help him get through day-to-day life, but he’s constantly battling darker demons.


Fate brings the two together, and chance takes them on a roller coaster ride that neither would dare hop off. Within destiny’s grasp, they realize there are two things impossible to fight—addiction and attraction. 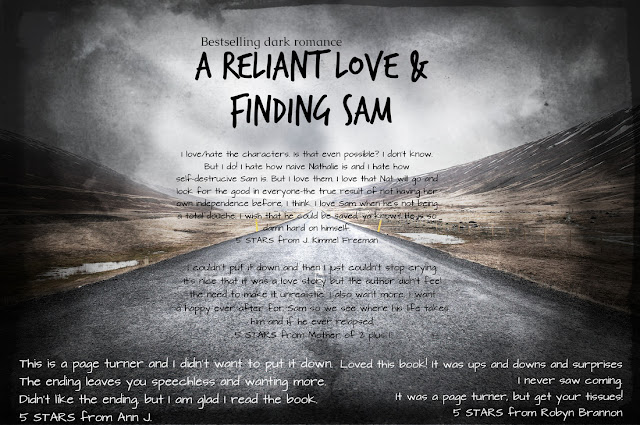 Taylor Lavati is the twenty-four year old author of the bestselling fantasy trilogy, A Curse Books. She writes contemporary romances, such as A Reliant Love and For The Love of Ash. She also writes a dystopian serial called The Last Legacy. More books under her name can be found under the "BOOKS" tab.

Raised in a small Connecticut town, Taylor now works locally at a pre-school teaching children between the ages of 2 and 5 while writing in her free time. She loves to read--the author who most inspires her: Jodi Picoult.


She's a Gemini to the core. She married in August 2014, and has a pretty little fur-baby. She was on the varsity Ice Hockey team in high school. She performed dance at various arenas, like Disney World Epcot center and Madison Square Garden. And she's probably the most competitive person on the face of the earth (especially when playing video/board games with her husband).


If you play League of Legends, be sure to add me @Eclippzz (Twilight reference) 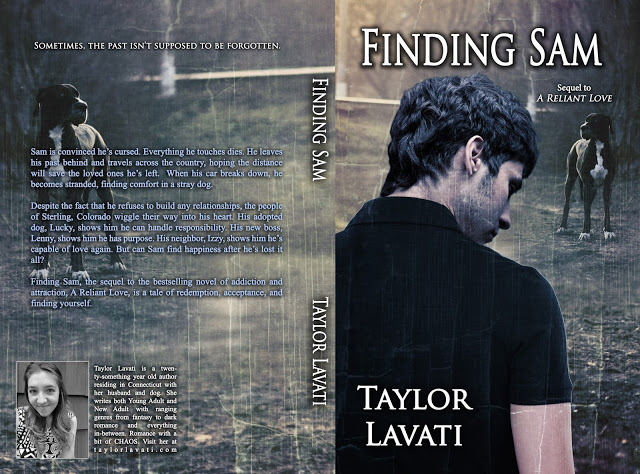 Hosted by SnS Promotions & Reviews
Posted by Unknown at 6:52 AM