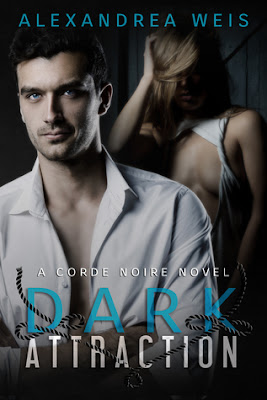 Blurb: Sam Woods has a secret.
She keeps it hidden from the world … the world of the living, that is.
When Doug Morgan moves into her apartment building, Sam is intrigued by her sexy new neighbor. She struggles to keep her ghostly ability from him, but Doug isn’t interested in her spiritual sense. He’s after something much more … sensual.
A Dominant with dark tastes, Doug offers Sam a glimpse into his world. He invites her to take part in an experiment to explore the extremes of pleasure. Seduced by his lifestyle, Sam agrees. There’s just one little catch … Doug also has a secret.
Someone Sam never saw coming.
Sometimes, the dark side of pleasure can turn deadly. 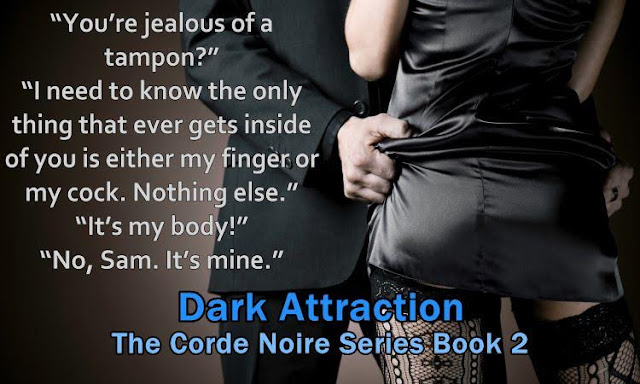 From New Orleans, Alexandrea Weis was raised in the motion picture industry and began writing stories at the age of eight. In college she studied nursing and went on to teach at a local university. After several years in the medical field, she decided to pick up the pen once again and began her first novel, To My Senses. Since that time she has published many novels. Infusing the rich tapestry of her hometown into her award-winning books, she believes that creating vivid characters makes a story memorable.
Alexandrea Weis is also a certified/permitted wildlife rehabber with the La. Wildlife and Fisheries. When she is not writing, she rescues orphaned and injured wildlife. She is married; they live in New Orleans.
Author Links: Facebook: https://www.facebook.com/authoralexandreaweis/ Webpage: http://www.alexandreaweis.com/ Twitter: https://twitter.com/alexandreaweis Amazon: http://amzn.to/21jfcqO Goodreads: https://www.goodreads.com/author/show/1211671.Alexandrea_Weis
Buy Links: B&N: http://www.barnesandnoble.com/w/dark-attraction-alexandrea-weis/1123685856;jsessionid=1E6A96DED5F5C0F0A42D92FFBFF39D96.prodny_store01-atgap03?ean=2940153187792 iTunes: https://itunes.apple.com/us/book/id1106631752 Kobo: https://store.kobobooks.com/en-us/ebook/dark-attraction Amazon: http://amzn.to/224WiUE Amazon.uk: http://www.amazon.co.uk/Dark-Attraction-Corde-Alexandrea-Weis-ebook/dp/B01EMHB20S?ie=UTF8&keywords=alexandrea%20weis&qid=1461328474&ref_=sr_1_20_twi_kin_1&s=books&sr=1-20 Amazon.ca: http://www.amazon.ca/Dark-Attraction-Corde-Alexandrea-Weis-ebook/dp/B01EMHB20S?ie=UTF8&keywords=alexandrea%20weis&qid=1461328533&ref_=sr_1_1&s=digital-text&sr=1-1 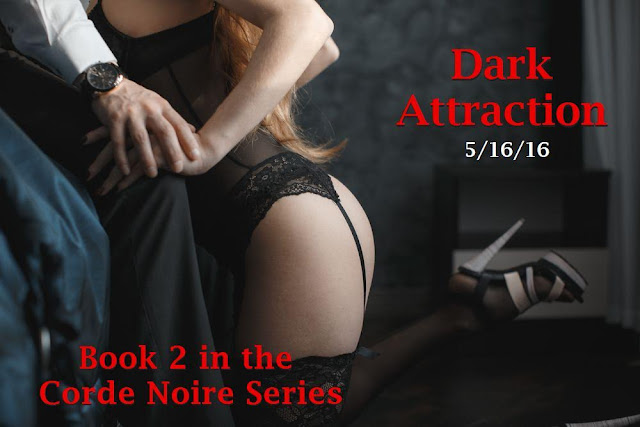 Sebastian hated this part; walking into the ICU from the waiting room. The beeps, bells, and whirring of the machinery, which kept the occupants of the ICU alive, upset him. They were alien noises that grated against his nerves.
He did his best to not let the sounds get to him, but as he went to his mother’s room, he felt his skin prickle with that well-ingrained fear of hospitals. The result of a precocious childhood.
When he reached his mother’s doorway, he spotted the pretty nurse, the one who insisted on being called Sam and not Samantha. His eyes drifted from the nurse to his mother in the bed. Her color was better, but she was still hooked up to the ventilator. Shit!
Falling at her home, she had hit her head and been knocked unconscious. The surgery to relieve the bleeding in her skull had been successful—or so the doctor insisted—but she was still not awake.
“She’s doing better today, Mr. Reinhardt,” the attractive brunette nurse with the long ponytail said to him.
How many times had he told her that his last name was Dane, not Reinhardt? Still, she called him by his stepfather’s name. His palms itched to correct her, but he refrained.
“Has she woken up at all?”
“Yes, she opens her eyes now and then, which is a very good sign. We should have her off that breathing tube in a day or two.”
He followed the nurse’s perfect profile. Sebastian thought her almost doll-like. Even down to her porcelain skin and petite, almost little girl figure, everything about her reminded him of a doll.
“Thank you, Sam. You’ve been so encouraging these past few days. I thought for a while she wouldn’t make it.”
“I told you she would make it.” Sam stretched her pouty lips into an attractive smile. “I have a sense about these things.” As if hearing something in the outer hallway, she raised her uncanny eyes to the door. “I’ll be back.”
She was gone before he could ask any more questions. Sam always did that.
It was as if she looked through him, and not at him, whenever he came to visit his mother. What he wouldn’t give to have her see him, to have the little nurse with those amazing eyes see him for what he really was. Ah, but that was for another time and place.
He walked closer to the bed and held his mother’s hand. Still warm and soft the way he remembered it as a child. With the ugly purple bruise on the right side of her face and the thick white bandage on her head, she didn’t resemble the mother he had known. Gone were her fancy rings, diamond bracelets, and designer clothes. The blue hospital gown made her look paler than usual, and without her always fastidiously applied makeup, she appeared older, much older than her sixty-five years.
“I’m here, Mother. You’re doing better. Much better.”
He felt the slightest pressure on his hand, as if she had heard him.
“That’s it, squeeze my hand. Let me know you can hear me.”
This time, her grasp was stronger and more deliberate.
His heart soared with relief. It was a small step, but it was progress.
“Looks like she’s coming out of it,” Sam surmised, entering the room. She pulled a penlight from her white jacket pocket and flashed the light in his mother’s eyes.
His mother frowned.
“Did you see that?” he demanded. “She frowned when you shined the light in her eyes.”
Sam shrugged her shoulders, not seeming very impressed. “Like I said, Mr. Reinhardt, she’s waking up.”
Her dismissive tone made that certain itch come alive in Sebastian. The one he always got when he discovered a new … project.
Sam went back to her table outside the room door and made some notes on his mother’s chart.
Giving his mother a kiss on the cheek, Sebastian whispered, “I’ll be back tomorrow.” Exiting the room, he stopped by Sam’s table. “Thank you for taking such good care of her.”
Sam never looked up from her notes. “I’m glad she’s doing better.”
“Will you be here tomorrow?”
Sam shook her head and became distracted by a patient in the room next door to his mother’s. “I’m off for a few days, Mr. Reinhardt. I’m sure your mother will be gone by the time I get back.”
He never got to ask her anything else. She ducked into the other patient’s room and went to the monitor above the bed.
Sebastian grinned. He would see the pretty little Sam Woods again. He wasn’t going to let this one get away.