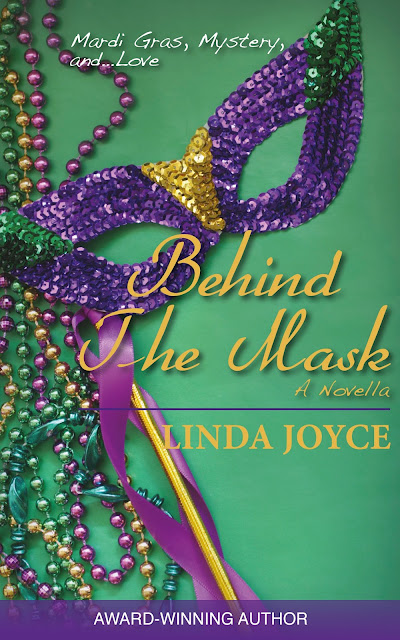 Former model Chalise Boudreau returns to Louisiana after ten years and faces an uncertain future. Watching her budget, she’s living with her mother and plans to open a luxury salon, but she fears the community sees her homecoming as a failing, and she knows any malicious gossip will jeopardize her success.
Once bad-boy, now entrepreneur Chaz Riboucheaux is home and trying to rebuild his old reputation. He believes one of his companies, the Magnolia May, a pirate ship, can make Ascension a tourist destination, but the mayor refuses to grant him a lease at the city’s dock.
Chalise and Chaz come face to face at a Twelfth Night party. Years ago, he stood her up and left her brokenhearted. Now her brain is at war with her heart, but her body has a mind of its own. As Chaz leads her across the dance floor, he knows when the music stops it won’t be the end of their waltz. He has questions only she can answer, and he won’t stop until he gets what he wants.

Writing in the bleachers of a mostly bare playground in Japan where girls lined up to read pages gave award-winning author Linda Joyce "writing fever." Before her foray into authorship, she graduated from the University of Florida with a degree in Management, then spent her next years in corporate America. Her debut romance novel, Bayou Born is a 2014 RONE Award finalist. Her second novel, Bayou Bound won 1st Place in Romance from the Southeastern Writers Association.
Linda also writes short stories and poetry. She's most proud of Arctic Arkansas published by Missouri Writer's Guild in Storm Country: The Anthology, which raised money for the Joplin School District after a F4 tornado wiped out the town, and her poem, True American Music featured in by the Johnson County Historical Society with the Smithsonian's traveling exhibit: With New Harmonies: Celebrating American Roots Music. She served as the Vice President of Whispering Prairie Press and the Creative Director for Kansas City Voices, a literary magazine.
Linda's Cajun roots intertwine with her Asian ones. She graduated with a business degree from the University of Florida, where she met and married her husband. They reside in Atlanta. She's an avid traveler, foodie, music fan, and dog lover with three four-legged boys, General Beauregard, Gentleman Jack and Masterpiece Renoir. Linda is a member of Romance Writers of America, Georgia Romance Writers, Atlanta Writer's Club, and Southern Writers Association. She enjoys speaking about writing and has presented workshops at the Writer's Academy at West Texas A&M University, WWP Conference and RWA Nationals.

Crazy Cajun Book Addicts
Posted by Unknown at 6:55 AM