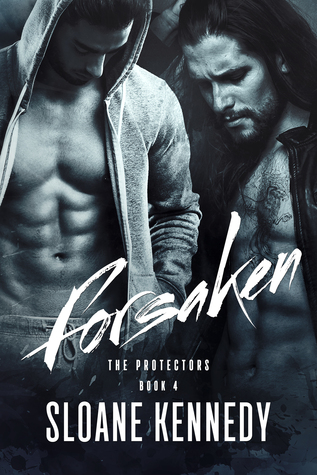 Abandoned. Abused. Betrayed.
Ex-cop Maverick “Mav” James needs only three things. His Harley, an open road and his work in an underground organization that delivers justice when the law can’t.
Family? They left him long before he left them.
Friends? A liability.
A place to call home? Doesn’t exist.
Mav’s motto is simple: Get done and get out. Work, sex, doesn’t matter. No emotional connections. Simple.
Until he meets him.

Alone. Hiding. Broken.
At fifteen years old, Eli Galvez had nothing. No family, no friends and only his body as a means to make enough money to survive. But a chance meeting changed all that and eight years later, he’s well on his way to having the life he could once only dream of. He’s been accepted into medical school and he’s finally returned home to Seattle to be closer to the men and women who don’t share his blood, but are the only family he’s ever really known.
Only things aren’t what they seem and the secrets Eli has been hiding are about to come to the surface with dangerous consequences.

One final chance at a real future.
Guys like Eli just aren’t Mav’s type, period. Yet he can’t deny his intense attraction to the younger man who only looks at him with fear in his eyes. Until the day there’s something else in those eyes too. Something that draws Mav in and refuses to let go. Something that makes him want to forget his rules. But Mav’s learned the hard way what happens when you get too close to something. And while he vows to protect Eli after a violent attack leaves the younger man shaken, protection is all he’ll offer.
Because anything else would just cost too much. 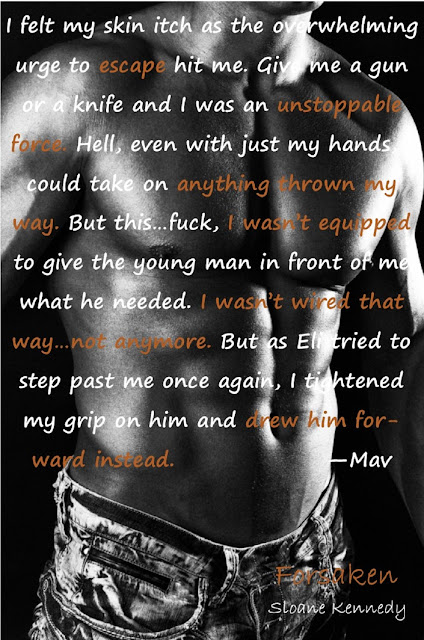 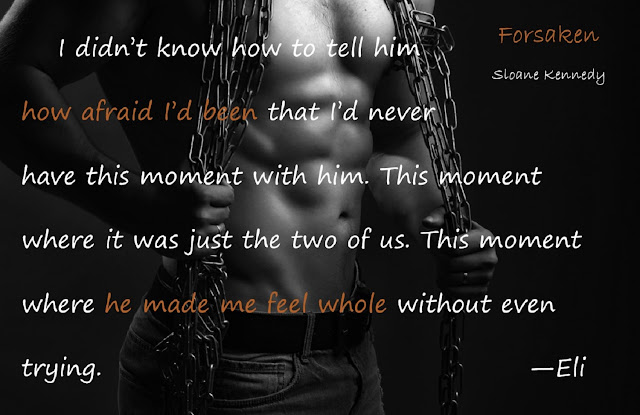 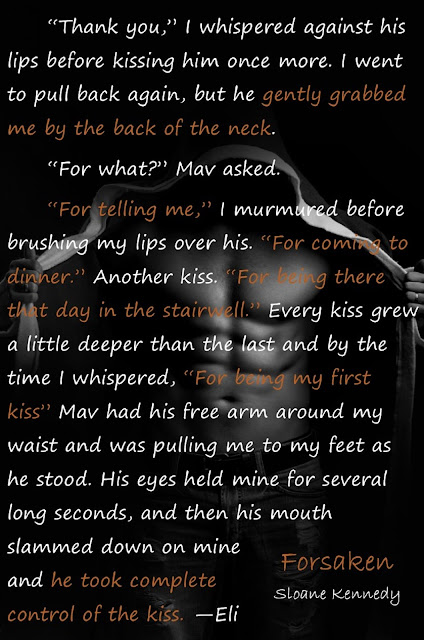 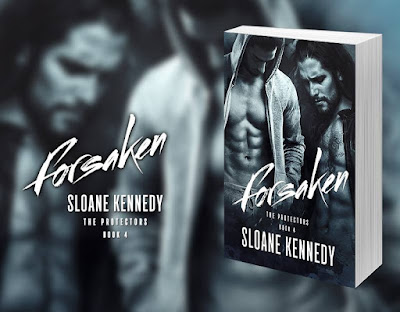 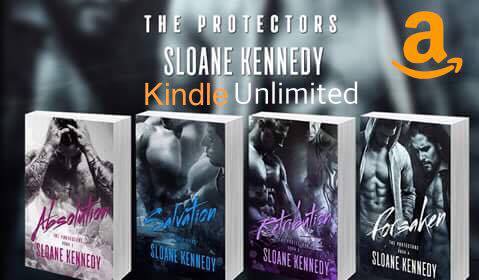 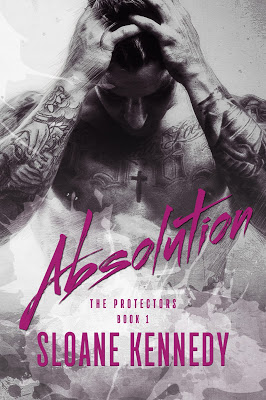 But what I felt most was the perfection of what these two men were giving me. And I knew in that moment that I would do anything to keep it. Anything. --Cole

After four years abroad, artist Jonas Davenport has come home to start building his dream of owning his own art studio and gallery. But just as he’s ready to put the darkness of his past behind him forever, it comes roaring back with a vengeance.

The only thing keeping ex-cop Mace Calhoun from eating his own gun after an unthinkable loss is his role in an underground syndicate that seeks to get justice for the innocent by taking the lives of the guilty. Ending the life of the young artist who committed unspeakable crimes against the most vulnerable of victims should have been the easiest thing in the world. So why can’t he bring himself to pull the trigger?

After years of fighting in an endless, soul-sucking war, Navy SEAL Cole Bridgerton has come home to fight another battle – dealing with the discovery that the younger sister who ran away from home eight years earlier is lost to him forever. He needs answers and the only person who can give them to him is a young man struggling to put his life back together. But he never expected to feel something more for the haunted artist.

Cole and Mace. One lives by the rules, the other makes his own. One seeks justice through the law while the other seeks it with his gun. Two men, one light, one dark, will find themselves and each other when they’re forced to stand side by side to protect Jonas from an unseen evil that will stop at nothing to silence the young artist forever. 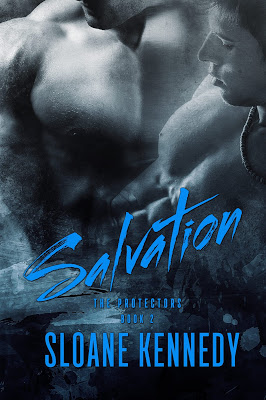 I lifted my gaze to tell Seth no but then I saw it. The thing I'd feared I'd lost. It wasn't hero worship or the wayward emotions of an innocent child. And it wasn't some distorted reflection of a man who no longer existed. All I saw was me...the way he saw me. --Ronan

Trauma surgeon Ronan Grisham lost everything the day the man he loved was stolen from him in a brutal attack. Driven by a thirst for vengeance, he turns his hatred into building an underground group that can do what he couldn’t that fateful day…take the lives of the guilty to save the lives of the innocent. But years later, he’s forced to confront the one link to his past that he can’t sever.

Seven years after the loss of his parents in a violent home invasion that left him permanently scarred both inside and out, 21-year-old Seth Nichols is trying to put his life back together so he can take over the reins of his father’s global shipping empire. But the last person he expects to come back into his life is the man he drove away with one innocent, stolen kiss.

With one brush of his lips, Seth managed to do to Ronan what no other had since the day Ronan watched the light in his fiancé’s eyes go out forever. He made him need again. But Ronan can’t need anyone, least of all his dead fiancé’s younger brother. Because even one touch from Seth could shatter Ronan’s carefully constructed world and Ronan knows there’s no coming back from that a second time.

But when a series of escalating attacks against Seth forces Ronan back into his life, Seth knows it’s his last chance to show Ronan he can be the man the broken surgeon needs. Only the Ronan who returns isn’t the Ronan Seth fell in love with so long ago…

Can Seth be Ronan’s salvation or will he end up destroying them both? 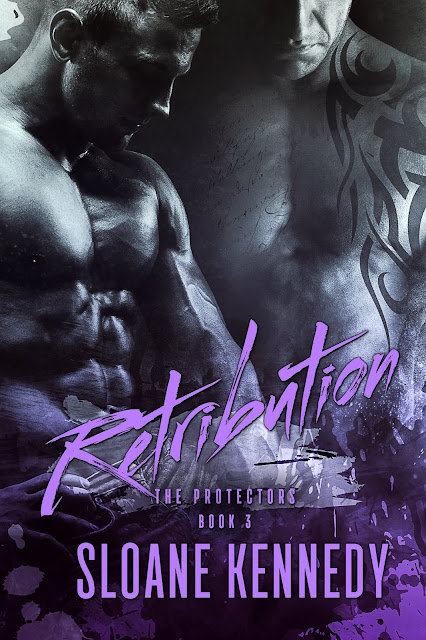 "You're a hero every fucking day,Tate," I said softly. "Don't ever forget that." --Hawke
Ex Special Forces soldier Michael "Hawke" Hawkins has spent every day of the last ten years waiting for the moment he would get to watch the life fade from the eyes of the men who brutally murdered his wife, but when he finally gets the break he's been waiting for, the trail leads him to someone he wasn't expecting.
After nearly two years of running, 24-year-old Tate Travers has become an expert at hiding...until the day a dangerous stranger shows up looking for vengeance and threatens to destroy the fragile life Tate has managed to build for himself and his five-year-old son. Except the life Tate has been struggling to hold on to started unraveling long before Hawke showed up looking for the same men Tate has been running from...his own father and older brother.
Retribution - it's all Hawke has wanted since the day he held his wife's hand as she took her last breath. And he won't give that up for anything or anyone...not even the tormented young man trying to give his little boy a better life. Because Tate is the only one who can lead Hawke to the men he's been searching for. And if it means forcing the young man to confront the past that nearly destroyed him, then so be it.
Only the last thing Hawke expects to feel is something besides the hatred that has driven him. And he definitely never expected to feel it for a man.
But when it comes down to choosing between the unwanted feelings Tate stirs in him and the revenge he's finally close enough to taste, will Hawke be able to give up the one thing that has kept him going for a second chance at a future he gave up on ever having?

*ALL AVILABLE IN
KINDLEUNLIMITED * 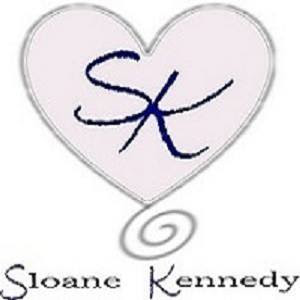 Although Sloane Kennedy always dreamed of being a writer as a teenager, she didn't take the plunge until March of 2015 when she released her first novel as an independent author. Since then, she has released more than a dozen books including the Amazon best-selling "Barretti Security" series, "Finding" series and "Protectors" series. While she initially began writing M/F romance, she found her true passion writing gay romance and all four of her most recent releases reached the #1 spot on Amazon's Gay Romance bestseller list and Freeing Zane, her final book in the Barretti Security series, made it to Amazon's overall bestseller list. Sloane was born in Germany and grew up in Virginia and Wisconsin. Although she currently lives in Wisconsin, the place where she has always felt most at home is Seattle and many of her books take place in the Emerald city. Although she is unmarried, a menagerie of 2 dogs and 3 cats keeps her busy enough and 3 young nieces take care of the rest of her free time. Sloane loves being able to share her passion for romance with readers and she is truly humbled by all the support she's received from fans and fellow authors alike. 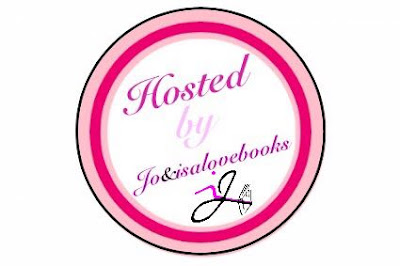