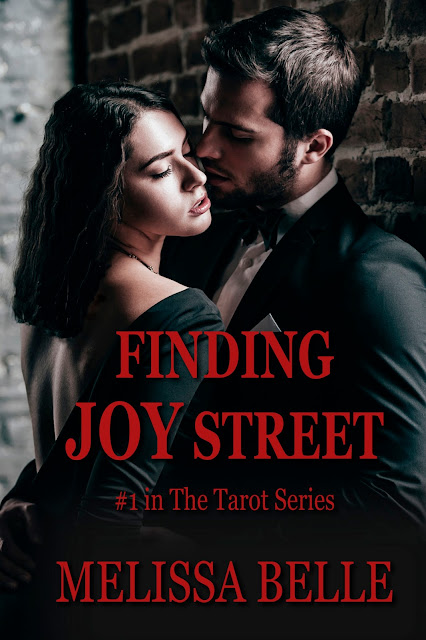 No one’s come close to uncovering California Blue's darkest secrets. But she’s about to meet the man who’s up for the challenge…

New college grad California has always been known as "Happy Helpful Cali." Her sunny disposition and enthusiastic tarot readings cover up her darker side—until gorgeous player London Shaw moves into her Boston apartment building and seems to see right through her.

With his perma-frown and expensive suits, London’s the most irritating, arrogant man California’s ever met. And despite their instant undeniable chemistry, she's the exact opposite of London's type. He doesn't want to pick her up, and she has no interest in helping him out. But as the tarot cards would have it, California and London are destined for a torrid encounter. When a crisis forces California to let London inside her world, the seismic fire between them ignites into one passionate "no strings attached" night together.

But can California's dark past let her have a future with London? And can the persistent Bostonian do what no man ever has—get California Blue to lay down her defenses and bare her soul?

California Blue meets handsome player London Shaw when he’s lost trying to find his new Boston apartment building. Turns out they live in the same place…and to California’s great frustration, London is the first man who tempts her to break her no-dating, no-men rule—the same rule that’s kept her safe after a prophetic Tarot card reading led to a family tragedy. When California and London unknowingly wind up at the same bar later that night, she is determined to keep him at arm’s length. In the following scene, she has fled the bar in hopes of avoiding him and the attraction she feels for him. London, however, isn’t so easily put off…

I practically run out of the bar, but London and his long legs have no problem keeping up. He’s got to be over six feet tall, because the top of my head only reaches his shoulder. I ignore him completely, making zero effort to be friendly. And for some reason I find the experience oddly relaxing. I’m enjoying not having to be helpful, or polite, or really, anything at all with London. I’ve never loathed someone openly before, and having no pretense between us is a huge relief.
London’s broad shoulders are relaxed as he walks next to me. He glances over at me like we’re enjoying an evening stroll together. The only hint of tension is his clenching jaw.
He waits until we reach the corner of Charles and Cambridge to speak.
“So you had to run off to the other end of the bar, huh?”
I ignore him.
“Bet it drives you crazy,” he murmurs. “To have to avoid me like that.”
I grit my teeth and turn to him. “Why would it?”
“Because you want me and your brain won’t let you have me.”
He reaches out to touch my cheek then, and I purse my lips when a shot of lust bursts through me.
I recoil from his touch and fight to recover. “My self-respect and respect for women everywhere would never let me have you.”
His dark eyes zero in on me.
“Somehow I don’t think that’s your real reason. You’re far more complicated than that. But I’m good at uncovering riddles. I’ll uncover you, too.”
I step as far away from him as humanly possible without landing my ass in the street. Signaling a taxi, I wait until it pulls up to the curb before I give London the blankest stare I can when I say, “I dare you to try, Mr. Shaw.”
He opens the door of the taxi and I jump in. But before I can shut the door in his face, he leans in. “Challenge accepted, Ms. Blue.”
He closes the door behind me without another word. 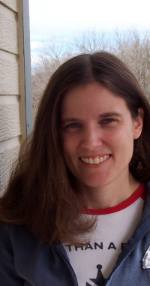 The first romance book Melissa Belle read (and fell in love with) was Jane Austen's Pride and Prejudice. Melissa wrote her first novel riding through Europe on the train, and she travels with her husband (and first reader of all her stories) as much as possible.

Melissa dances in a belly dance troupe. She is a professional tarot and oracle card reader. She also loves songwriting, hooping, and her two rescue kitties. And cupcakes.