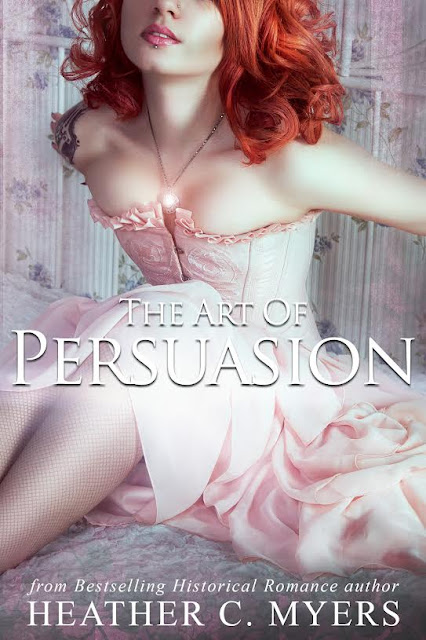 Blurb: Isla Barnes hates love, marriage, and commitment.  As a Millennial in her twenties, she's focused on starting her medical communications carrier, moving out of her parents' place and into a ridiculously expensive studio apartment in a semi-safe neighborhood.  After a bachelorette party with her closest friends, she wakes up in nothing but her party dress to an unfamiliar bedroom next to a man claiming to be a pirate from the Eighteenth Century.  While she attempts to figure out where she is and why she's here with him, her new companion, Captain Matt Scott of the Crimson Wave, is on a mission to rescue his sister from the hangman's noose.  Isla decides to tag along because he offers her free passage and she finds she feels safe with him - which is odd, considering the only man she trusts is her father.  This new adventure is completely unexpected, mind-blowing, and seemingly impossible, but Isla will learn that survival is easier with friends, magic is real, and love is beautiful. 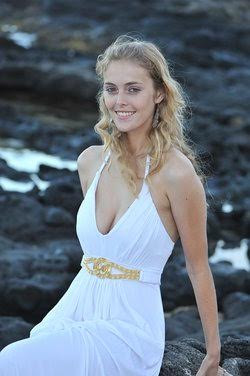 Full disclosure: I am an acquired taste. I'm a typical blonde Orange County suburbanite who says 'like' more than necessary, laughs loud and probably obnoxiously, and loves to dance in the rain. I'm a 26 year old college graduate with more than a few tricks up my sleeve, and I also happen to be a pretty big Ducks fan. Oh, and I'm a writer. Like, for real. I recently signed with Anchor Group Publishing, which will see two of my series being published this year. I've self-published over 15 books, with more on the way, so I'm familiar with both a hybrid-traditional publishing method as well as self-publishing. I don't speak in third person (normally) nor do I wear glasses (except when I'm feeling particularly mischievous). I'm lucky to have found my soul mate at the ripe old age of 22, even though he frustrates me on purpose to get a reaction out of me. We live near Disneyland, have two rambunctious female puppies, and have a beautiful baby girl. He has two amazing boys, and has gotten me hooked on Smallville, watching soccer (okay, okay FOOTBALL - FC Barcelona, baby!), and Cancun Juice.
Author Links:
Amazon: http://amzn.to/1U0z9xY Facebook: https://www.facebook.com/authorheathercmyers/ Twitter: https://twitter.com/heathercmyers Blog: http://www.portsidewonderland.blogspot.com/ Goodreads: https://www.goodreads.com/author/show/7200222.Heather_C_Myers
Sign up by January 24 Sign up HERE:  http://eepurl.com/bLoMJr   for FREE weekly chapters starting Tuesday January 26th!!