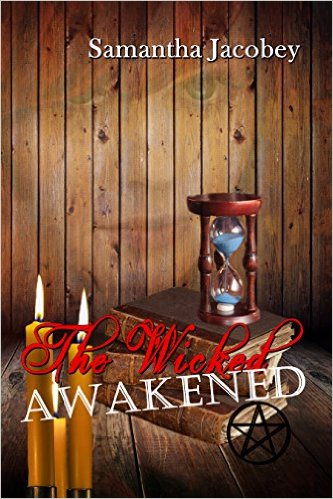 What would you do if a five hundred year old witch wanted to turn your body into her new home?

Morcant and Blake Korrigan own a little shop of horrors, where witches congregate and people ending up dead isn’t rare. When Karen Hiltzman joins their coven, she has no idea what she’s getting into. Drawn in, the group convinces her to recruit her best friend, Sarah Matthews, after discovering that she bears a very special birthmark; one that indicates she’s the girl they’ve been waiting for.

Eager to reincarnate a witch put to death by an angry mob five hundred years prior, Morcant unleashes a spell; a dark and sinister curse. His ritual transforms Sarah’s body and will bring the dreaded Brenna back to life when it’s completed. Blake wants to stop him; but will he be strong enough to defeat his elder sibling, and if he does… will he be able to let her go when it’s done?

Filling the kettle and placing it on the stove, Karen recalled the meeting with the group, when their plans had been placed into motion. She had mentioned Sarah’s birthmark to Ninia before, pointing out how it looked so much like a swirling spirituality symbol. However, it wasn’t until Genevieve had gotten wind of the oddity that any real interest had stirred within the crowd, and they had asked her to bring Sarah in to meet them.

“You aren’t going to hurt her, are you?” Karen had asked hesitantly.

“Of course not!” Genevieve had soothed. “We want to set her free!” The young woman’s lips had parted into a small grin as she spoke, exposing her straight white teeth.

Karen stared at her pan with large brown orbs, her mind trapped in that moment. “It won’t be easy,” she had replied, “She hasn’t believed in any of this stuff in years.” She shuddered and adjusted the fire before her.

“That’s ok,” Morcant had cut in, stepping up to her and allowing his fingers to trace her jaw. “We’ll convince her; no need to worry about that.” Leaning closer, his mouth had covered hers in a soft kiss.

Drawn to the older man, Karen had felt as if his spirit mingled with hers. Deepening the kiss, she had moaned and pressed her body against him for a long moment before he pulled away.

“See?” his nose nuzzled her cheek, “This is a warm and safe place…” he had paused, extracting himself from her grasp, “Bring your friend; allow her to experience the feel of the coven and to be wrapped in its power.”

The sound of the boiling water drew her back to the present, and Karen cut off the flame. She poured the hot liquid into her waiting cup, adding a few cubes of sugar before she took a seat at the kitchen table and stared out the tiny window that overlooked a small grassy patch behind the house; 'you shouldn’t let him do that to you.'

Several times over the last year, she had been in such a situation with the group; a point where she felt trepidation and fear at what lay before her. Each time, it had been Morcant who had spurred her onward. 'His touch is intoxicating,' she admitted quietly to herself. 'His fingers caress with the feel of magic,' and the kiss had put her over the edge.

'Of course it’s magic;' her mood shifted to angry, 'they’re witches, after all!' But this had gotten out of hand. At some point, it had become too real, and she no longer wanted to be a part of it. However, she could not escape. It felt as if Morcant had her in his grasp, under some dark spell, and she would do his bidding.

Taking another tentative sip, she cut her eyes up at the ceiling above her, as if she could see her friend in her tiny room on the third floor. 'I wonder what they really want with her.' She hadn’t dared to ask, and had done her best to convince Sarah to attend a meeting with her of her own free will. In the end, the girl had refused, and put them on their current path; 'they’re going to have her, willing or not.'

It had taken all Karen’s strength to complete her task today, and remember not to touch the shiny medallion that Morcant had presented to her. He had cursed it somehow, and she had noticed that he took great care when he placed it in the bag for Sarah. 'A powerful amulet, he said.'

Dragging her gaze back to the glass and the sunshine beyond, she tried not to think about what would happen next. 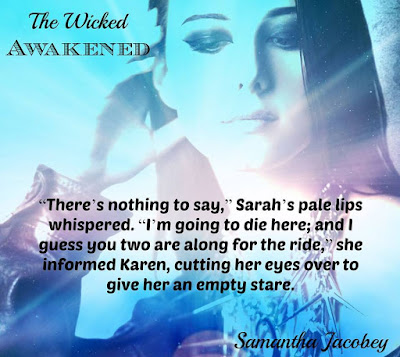 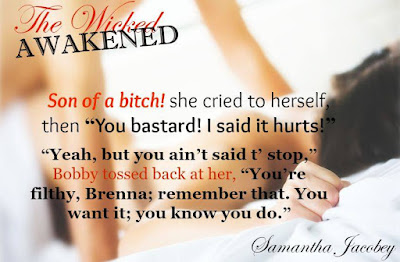 Pointy hats were not actually worn by witches. One theory is that what we know as a witches hat is an exaggeration of the tall, conical dunce’s hat that were popular for criminals in the royal courts of the 15th century, where men and women may have been tried as witches. Someone could have painted or drawn a witchcraft trial and it caught on from there. 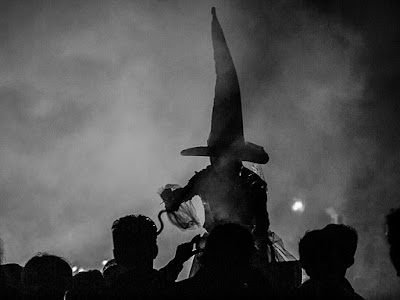 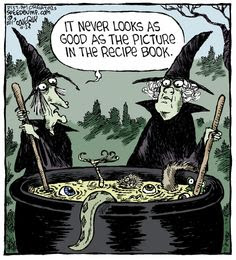 I grew up and still live in the great state of Texas where everything is bigger, where we have warm weather and a central location. I love my state, my town, and my family, which includes my four sons, my significant other, and many friends as well.

I have thoroughly enjoyed writing the books that are currently available and hope you will enjoy reading them just as much. And of course, there will be many more stories to come. 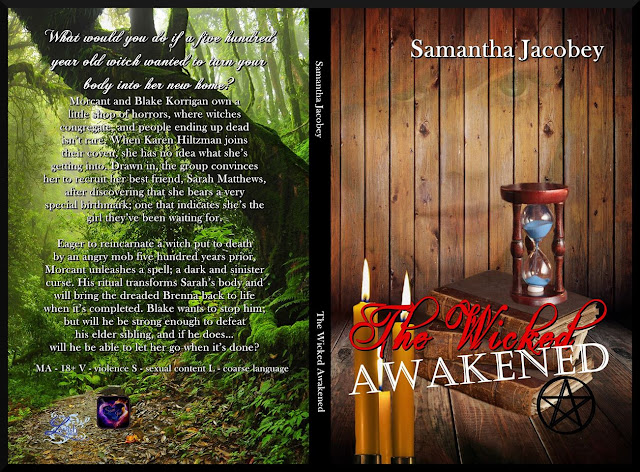