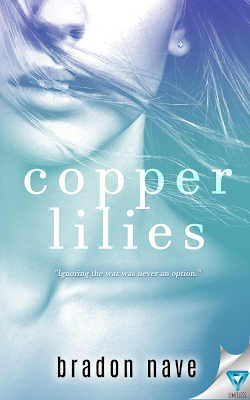 
Complacent and bored with her life in rural Oklahoma, Nora leaves her bigoted father and all she’s ever known to pursue a new life in San Francisco. At the height of the AIDS epidemic, Nora, a registered nurse, believes she can be an asset to the community. Bunking in a tiny apartment with a longtime friend, Nora secures a job within a large hospital and begins volunteer work for an organization that cares for those afflicted with the disease.


Just as the courageous group of caregivers and volunteers have their emotional strength depleted to the point of no return, the group rallies together and pushes forward, remembering their mission—if they aren’t there for these people, who will be?


Nora wasn’t expecting to find him here, to “fall in love among the ashes…”
Along her journey, she meets a diverse community of lionhearted survivors. And then there’s Donald, another volunteer who fights alongside those with dwindling hope. Nora and Donald grow closer as the war on HIV rages around them.

They watch their friends waste to nothing, yet no answers are being offered. The only comfort is the solace they find in each other. After months of hardships, another crippling loss shakes the foundation of Nora’s faith.

Their struggle is not only about HIV/AIDS—but about how the nation responds, and the humanistic choice to be unsung heroes.


“A beautifully written reminder that draws attention to a chronic disease that still needs to be fought on the front lines as stigma/judgment remain.” -Amy Nelson, MPH, CHES HIV/AIDS Educator 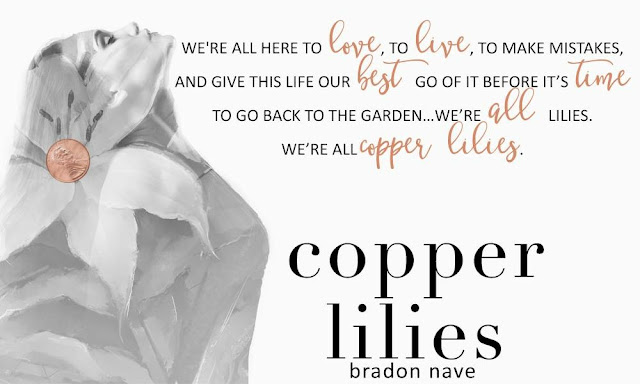 I was lucky I had him. I didn’t move to San
Francisco in search of love. I would frown upon
someone for falling in love among ashes. Perhaps I
wasn’t actively seeking love; rather, longevity. It
seemed nothing was solidified; nothing was
guaranteed to return a smile the following day. Even
if it were not my pain, per se, to simply witness the
pain of loss from afar was enough to plummet my
ailing psyche back into the pit it was attempting to
crawl out of. Donald was my rope. A thin rope at first,
but our threads were growing in number. I had to be
sure I didn’t hang myself.
After spending the rest of the day together, Donald
and I ended our day’s adventure in the confinements
of his bedroom. He laid me down on his bed, gently
kissing my neck, and I knew without a doubt that the
interaction would go no further than heated kissing
and clothed entanglement. I made that abundantly
clear prior to his closing of the bedroom door. There
would be no raunchy stories for Gwen to salivate over
the following morning. I didn’t feel dirty, and for
once the oppression of guilt momentarily subsided. I
was allowed to find mild pleasure without feeling
disgraceful or distasteful.
His touch brought a rush similar to the feeling I’d
experienced on country Oklahoma roads with local
high school all-stars a few years prior, but there was
something much more. The physical effects he had on
my body were coupled with the idea that he might be
something solid. That he might be there day after day.
That he might not fade away.
"You’re beautiful," he whispered.
"You’re hairy," I replied hastily, evoking a
chuckle. "You’re beautiful too."
"Beautiful?" He momentarily halted the tongue
massage on my neck.
"Handsome. Hairy and handsome."
"And a distraction?"
The question caught me off guard. Initially I
assumed he’d be little more than that, a distraction. A
distraction from everything going on around me.
Gradually, I had accepted the idea that exploring
realms beyond friendship and preoccupation with this
gentleman was something I could be okay with. "No.
Yes and no. What am I?"
"A girl," he said playfully, scanning my face for
hints.
"You’re not just a distraction. Something to take
my mind off of Buddies and the hospital, yes; but I
like you."
"Me too."
"You too?"
"I like you. But you’re my escape. Sometimes I
feel like there’s no escape. I can either close my eyes
and see their faces, see Toby’s face, or I can see
yours. I miss him. Maybe I miss him too much."
His eyes were dry yet flooded with pain. There was
no way the average farm boy from rural Texas could
digest losing one of his closest friends in such a short
period of time. Had he been back home and his buddy
been killed in an accident, Donald would have had
monumental support and guidance throughout the
grief process. Here, everyone had a Toby, a Logan, all
of our friends were losing friends. Attempting to share
feelings with our social group would only add turmoil
to their grief-stricken lives.
"I can be that. I’d like to be that," I muttered as I
kissed him.
The passion left our fingertips quicker than it
mounted in them. He ran the tip of his index finger
under my eye, tracing it to my earlobe. It was as if we
bottled the explosive emotions for another night and
took comfort in companionship. I wasn’t trying to be
a hero, but I certainly wasn’t trying to write a love
story either. At this point, I was comfortable moving
through this experience with this person and allowing
myself a temporary reprieve from my constant over
analyzing—whatever happens, happens—just let it be,
and it will be. 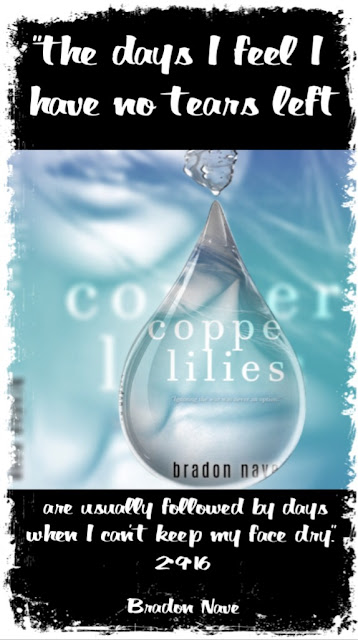 Then I felt his hand take mine. Something about it
felt comforting. Comforting like the smell of baked
rolls after a Sunday stroll by the wheat fields.
Comforting like the noise of tractor motors echoing
out over an early country Oklahoma summer morning.
It felt like home. It hit me then; Donald felt like home.
Not the bad parts of home, the blessed parts. The parts
I longed for in my dreams. Selective memory can be
an ass sometimes. The warmth of his hand, his firm
grasp—so confident and unwavering, reminded me of
the country roads I loved. The ones I missed. The
ones that subtracted the cynical and led to graceful
fishing ponds and green fields clad with Holstein
cattle.
I squeezed his hand gently, assuring him I didn’t


find the advance to be creepy. I knew the chocolate


and wine would always be there, and good books
were in no shortage. I didn’t need clichés. I certainly
didn’t need to be one. I just needed to be comforted,
and Donald did that with a simple gesture that seemed
to change my frame of mind entirely. Had the two of
us met in different circumstances, the ‘spark’ might
have advanced much sooner. Something about
seeking love or even committed companionship on a
romantic level while wading through turmoil and grief
seemed off-putting, in poor taste, or even impossible
for some to psychologically digest. I allowed my
weathered mind to momentarily desist.
Looking upon the group of dancers in front of us,
dancing in a novice-fashion to Patsy Cline, I rested
my head on his shoulder. As his cologne entered my
nostrils, I felt him gently kiss the top of my head. That
was it; I decided then that he would lead. I didn’t care
how well he danced. 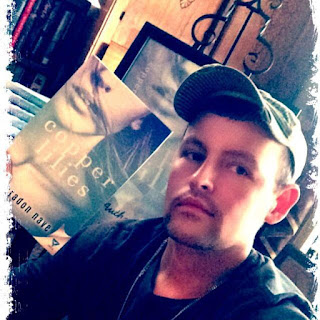 Bradon Nave was born and raised in rural Oklahoma. He attended a small country school during junior high and high school, and graduated with only three people in his class. After graduate school, he decided to devote his spare time to his passion of writing.Bradon currently lives in Piedmont, Oklahoma, with his wife and two young children.

When he’s not writing, he loves running, being with friends and family, and being outdoors.