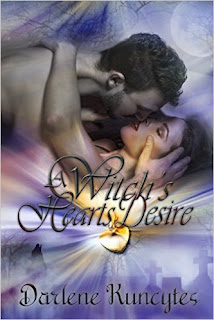 Serena St. James is a witch who loves the life that she's leading. Her potions shop is doing well...she has her independence and a house that she adores. Life is good. How was she to know that it was all about to change in the blink of an eye? Dante Marx is the Vampire hired to locate the comely witch. But what he finds when he finally tracks her down is much more than he ever could have bargained for. In one single moment, everything changes and what they both believe to be their reality is suddenly blown right out of the water! Join the two of them as Dante tries to help Serena discover her true path in this world as the sparks fly between them like an electrical storm! And, did I mention that Serena loathes Vampires? Fun, sexy, exciting! This is a ride you just don’t want to miss! It will grab you by the heart and not let go! Join them as they search for A Witch’s Hearts Desire… From Romance Author Darlene Kuncytes comes the Anthology Series. Fun, sexy novella's that will have you begging for more! 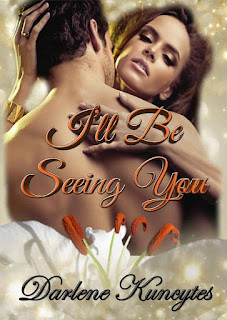 Katherine Chastain has been running from her past for ten very long years. She is a woman who has been hiding from the nightmare that stalks her. Desperate and sick of jumping at every shadow, she stumbles into the small town Police Department in yet another town where she lives – desperate for help. Desperate to know that she isn’t insane like everyone seems to believe. She wasn’t prepared for the force of nature that answers her call. Detective Cole McKenzie was the playboy of the precinct. With movie star good looks and a body just made for sin; he never had a cold bed – but when Katherine walks into his office in search of salvation, he is nearly knocked to his knees. There is something about her that he just can’t shake. Her haunted emerald eyes burn him to his very soul, and he finds that he wants nothing more than to help her stop the nightmare that has become her life. Can Cole protect her from someone who is like a phantom? Someone who has been stalking and terrorizing her for most of her life? Can he fight the desire that wells up inside him with just a simple look from this amazing woman? Or will she be his end? Can these two fight the attraction that snaps and crackles around them as danger lurks in the shadows? Take a breath and join this thrilling ride! Edge of your seat thrills!!! 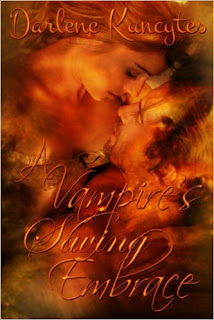 Abigail Montgomery was happy with her life. She was independent, strong and had managed on her own for a long time. That was until the dark, handsome Desmond LaGrange showed up at the bar where she worked. How could she know that this mysterious man would end up saving her from the evil she didn't even know existed? And why was she so drawn to him? Desmond LaGrange was fighting a past he was trying hard to forget. But when he see's the beautiful Abby working behind the bar, something deep inside compels him to get closer. The only question was why? When he saves her from danger - can he resist the strong pull between them to let her go when the time comes? A wonderful, stand-alone story that will introduce you to, and make you fall in love with the characters from the upcoming books. Meet the group of characters that you can't help but root for, fall in love with, and sigh over! 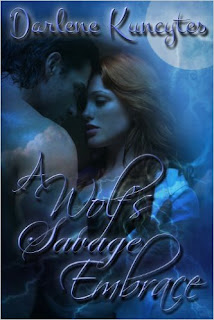 Hard-headed and fiercely independent- Katrina Winslow is definitely not used to being told what to do. Yet - just when she thinks that her life might be heading in the right direction for the very first time - she's hit with a bomb-shell; and her past pops up to haunt her. Suddenly, she is sent down a path that she has no desire what so ever to take; and is told to leave behind the one man that she could possibly care for - or he'll be killed. And that makes for one ticked off Witch! Now, it's Lucas Blackwater's turn to show Kat that he is a force to be reckoned with. He is the Alpha male of his pack - sarcastic, overbearing and drop-dead gorgeous...and definitely not happy with being told no. When Kat tells him that she's leaving - he doesn't take the news well and forces her to take him with her. Whether she likes it or not. Together they begin a journey that will change their world in more ways than they could ever have imagined. And, as Kat tries to push Luke away; for what she believes is his own safety - Luke has other idea's. And the sparks fly! Can Luke convince her that what they have between them is real - or will the dangers that threaten everything they are destroy them? And, everyone that they love - including Abby and Desmond. 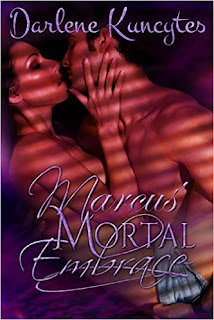 Marcus LaGrange was bone weary. He had been in the beautiful city of New Orleans much longer than he had wanted. But, he was trying to track down a rogue Vampire that was a threat to those he loved...yet wanted nothing more than to go home. He never expected to be knocked to his knees by the lovely Elizabeth Chase. And, if it wasn’t bad enough that she made his body ache with a need that he hadn’t felt in centuries… she was a mortal! He had absolutely no time for distractions…and this lovely human was just that! And, in the most tempting way – bringing back his past with a vengeance and making him question everything that he had ever believed. Elizabeth Chase was in New Orleans to do a job. She hadn’t planned on running into the gorgeous Marcus LaGrange at the Inn where she was staying. Men were permanently off of her menu. She only wanted to get done what she had been sent to do, and to go back home to her solitary existence. So; why then, when the man touched her did her skin tremble and burn with a fire that seared her to her very soul? Why did he cause every damn thing that she had programmed herself to believe and feel to go straight out of the window? She had baggage - and she definitely wasn’t looking to pick up more. Can these two fight the attraction that pops and sizzles around them? Or, will they give in to a desire that cannot be ignored? They both have secrets…and it could spell disaster for everyone that they care about – including each other. Join the journey to discover if they can find forgiveness and redemption before the evil out there destroys them all. Will love be enough? 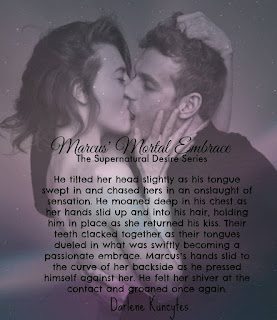 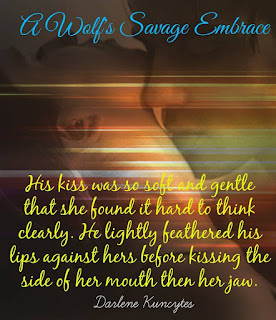 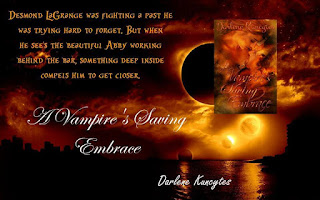 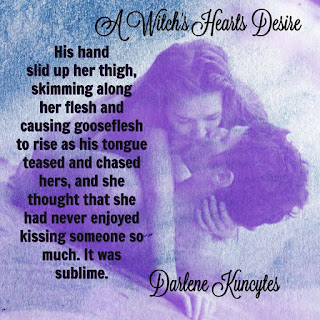 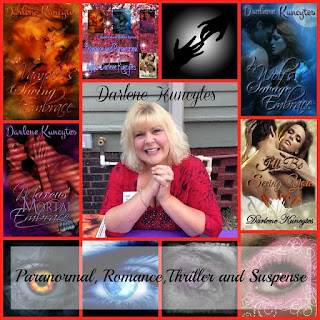 Darlene Kuncytes is a best-selling author who was born and raised in Ohio, and still happily resides there. She is a complete smart ass with a wicked sense of humor who has been told on more than one occasion that she is irritatingly chipper in the mornings. And, honestly-she couldn't care less! She loves to laugh and maybe sing a verse or two of "It's a beautiful day in the neighborhood". You can usually find her with a coffee mug in hand and a smile on her face causing all kinds of trouble.
"A Vampire's Saving Embrace" is the first novel in The Supernatural Desire Series. Hard core romance with no cliffhangers. Book 2- "A Wolf's Savage Embrace" Luke and Kat's story!! Funny, sexy, romantic! They will have you laughing out loud as your toes curl! These two sizzle! Book 3- "Marcus' Mortal Embrace" - Warm, sensitive...touching. The journey continues!She has always loved the supernatural with a touch of suspense - not to mention the allure of finding one's soul mate. In her spare time, she fosters and rescues Puppy-mill survivors, (yeah - she has been a foster failure more than once! LOL But, she LOVES her furbabies!) she writes - and loves the water or sitting by a nice fire outside on the deck.These are stand alone reads - but will leave you wanting so much more! Join the journey of this wonderful band of Supernaturals and get your paranormal on!Her newest release - "I'll Be Seeing You" is a RONE nominated, edge of your seat Suspense/Romance!This sexy thriller will keep you guessing while you fall absolutely in love with the characters!Smart, sexy this is a definite must read!She loves to hear from her fans, so be sure to follow her on Facebook - Twitter at @VampireEmbrace and Goodreads! Don't hesitate to drop her a line. A Vampire's Saving Embrace also has a page on Facebook - check it out!https://www.facebook.com/AVampiresSavingEmbrace?ref=stream***Recommended for readers 18 years of age or older due to adult language and sexual situations. I mean...who are we kidding people? It's romance!!!*** Gigglesnort!!! ;)

a Rafflecopter giveaway
Posted by Unknown at 6:00 AM