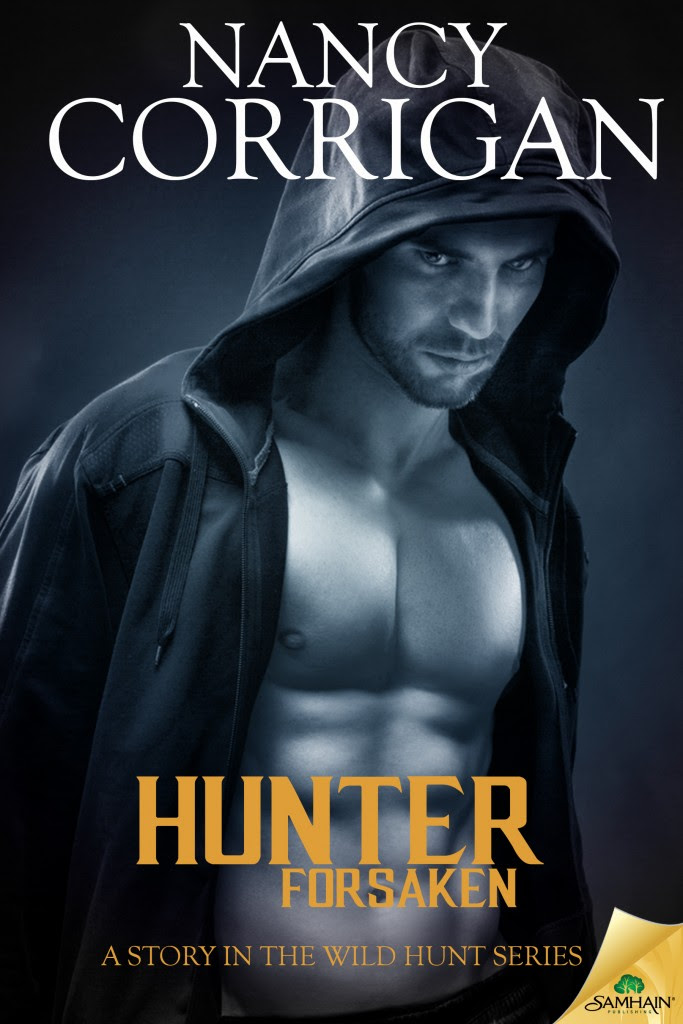 A vow to the dead…the mark of the Hunt…a love with one chance to survive.
In the slice of a moment, Ian Callahan lost everything he cared about—a deed done by his own hand. He awakens on the edge of sanity, chained in his own personal hell. He is to be the newest rider in the Wild Hunt, if he can learn to control the rage and guilt that consume him.
Then…a whiff of vanilla. The face of a lover he’s seen only in his dreams. He doesn’t know her name, only that she stirs the hungry beast within him.
For a millennium, Tegan and her sibling riders of the Wild Hunt were imprisoned, suffering under a curse meant for the Unseelie Court. Though her body is free, she carries the curse with her—and the additional burden of finally knowing the name of her destined mate. A human named Ian Callahan.
He’s her Trojan horse, the only one who can heal her heart. Just one last challenge stands in the way of claiming each other, once and for all. Failure means facing eternity the incomplete halves of a whole.
Warning: Contains a hero who’s more than just the total…package. And a daughter of the Underworld who thought she knew what Hell was…until she fell in love. Boundaries of monogamy pushed, pulled, stretched—but never broken.

“You’re Calan’s sister?” She slid her fingers to the column of his neck. “Half sister, yes. All the riders of the Hunt were fathered by Arawn.” She grinned, showing off straight white teeth. “Besides you, of course.” He swallowed hard. The mention of the Lord of the Underworld put a whole new spin on Tegan’s heritage. “You’re a demigod.” Not just any lesser god either. She’d been fathered by the black-skinned, winged creature he’d seen when he joined the Hunt. Arawn’s image had appeared inside his head, much like Tegan’s had over the years they’d visited each other. The sight of him hadn’t bothered Ian. Knowing his dream lover carried Arawn’s genes did. “Yes, I—” “You knew me before I joined the Hunt, didn’t you?” He had to be sure she’d participated in his dreams, that it wasn’t only his imagination. Her nostrils flared. “I don’t—” “Yes or no, Tegan. Have you invaded my dreams for the past three years?” Making me yearn for you? She leaned over him. Inches from his face, she leveled a hard glare at him. “Yes. We shared the same dream, but don’t interrupt me. Ever. I don’t like it.” He filed the information away and dropped his attention from her irritated eyes to her lips. He licked his. No matter what other form she could take or who her parents were, she was still the woman who’d made him question everything. He wanted to know why she’d connected with him. Beyond that, he wasn’t sure how he felt about knowing she was actually alive. He wavered between wanting to fuck her and punishing her for messing with his life. “I know how you like to be touched. Loved.” He glanced into her eyes. The same look of smoldering desire she’d worn for him whenever he’d connected with her darkened them. More black than brown, they captivated him. They had from the first moment he’d peered into them. “Don’t I?” “You don’t know anything about me, Ian.” The animosity in her voice didn’t match the scent of her arousal or her quickened heartbeat. He didn’t understand where her anger was coming from. “But I want to. I want to know every detail.” Then and only then would he decide what to do about her. “Kiss me.” She bent closer but remained out of reach. Her breath heated his lips. Vanilla, the tempting and addicting scent he’d craved as much as the woman, invaded his lungs. He strained to close the slight distance. She remained out of reach. He growled. She pulled back with a grin plastered on her sultry mouth. “Is that my warning?” Although still mainly human, the acceptance of the Huntsman’s mark had altered certain aspects of his body. He acted more animal than man at times. The low rumbling deep in his chest proved it. “Yes.” He allowed another growl to trickle from his lips. “Kiss. Me. Now.” She skimmed her parted lips across his cheek. The simple touch rocked him. He froze. At his ear, she caught his earlobe between her teeth and tugged, tearing a rough sound from him. “We’re going to have to work on your obedience, Hunter Ian. You don’t order me around. That’s my job.” Her sultry voice tightened his balls. Her words, though, pissed him the fuck off. “Between us, the only power you have over me is what I give you.” She chuckled. “Is that so?” “Yes.” She straightened and skimmed her heated gaze over him. His skin tingled under her focused perusal. With a single finger, she traced the length of his arm from shoulder to wrist. She tapped the cuff locking him to the bed. “These turn the tables, don’t you think?” 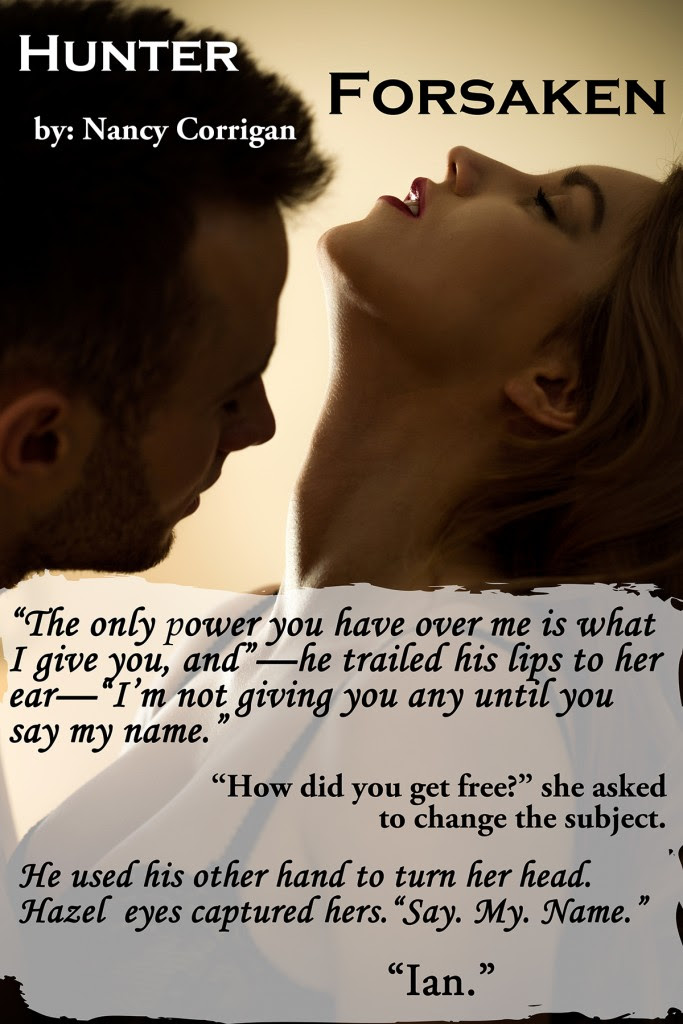 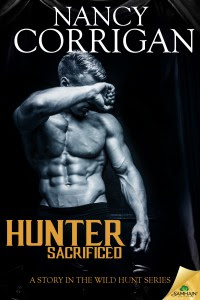 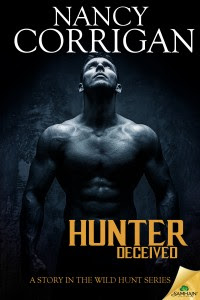 A true romantic at heart, Nancy Corrigan is convinced there’s a knight in shining armor for every woman (or man), but you won’t find damsels in distress in her stories. She adores pairing alpha heroes with women strong enough to match them and bring them to their knees. She also enjoys flipping the traditional roles in romances because her motto is—love and people should never be forced to conform to anyone’s norm. She holds a degree in chemistry and has worked in research but now focuses on ensuring quality. She considers it the perfect outlet for her as she’s the first to admit she has some OCD tendencies. It carries over into her writing life too. While engrossed in a novel, she has a habit of forgetting to eat and sleep. Fortunately, she’s married to her own knight in shining armor who understands her oddities and loves her anyway. They reside in Pennsylvania with their three children, dog, snake and guinea pigs. Her other interests include tattoos, animals, classic cars and all things spooky and sexy.