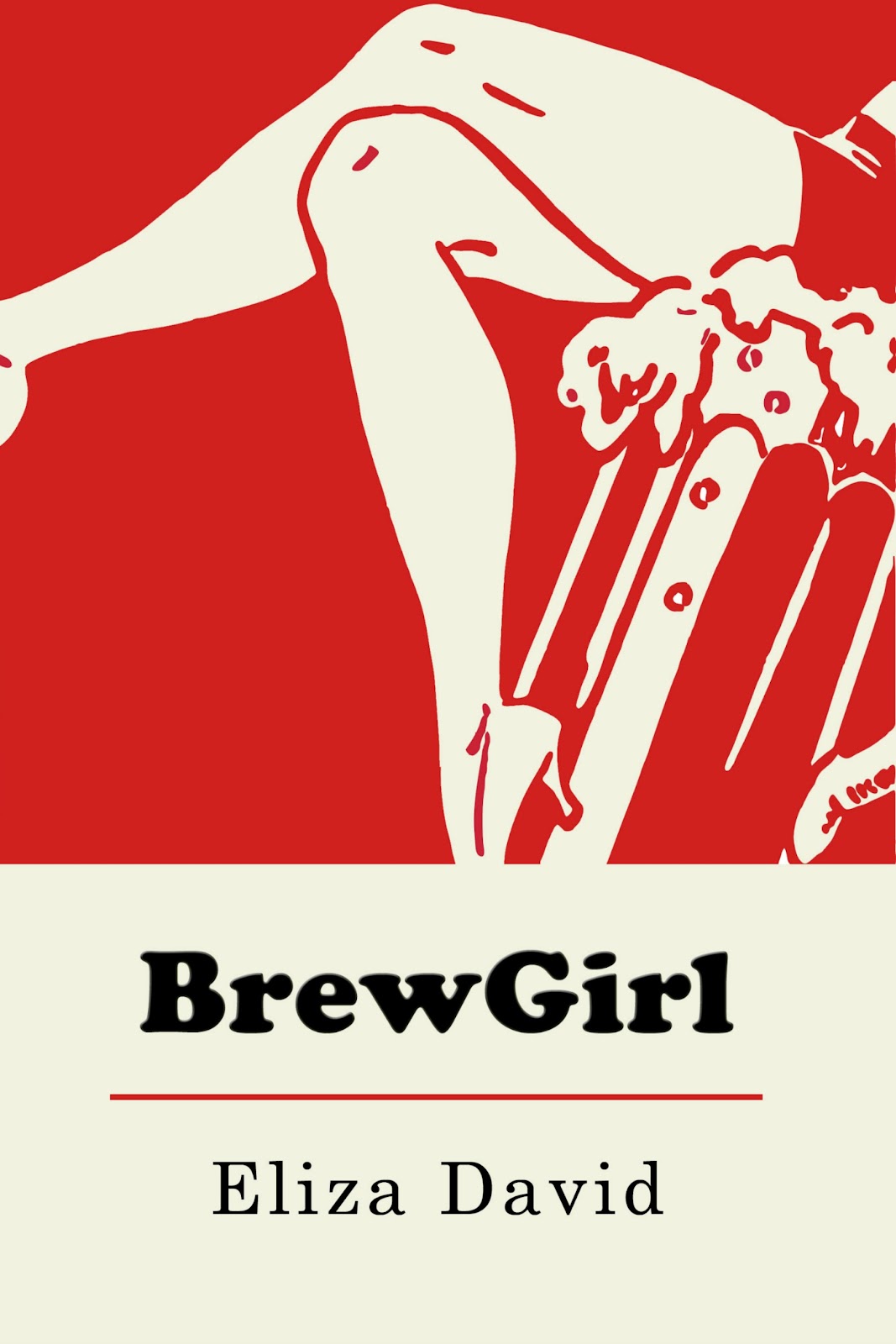 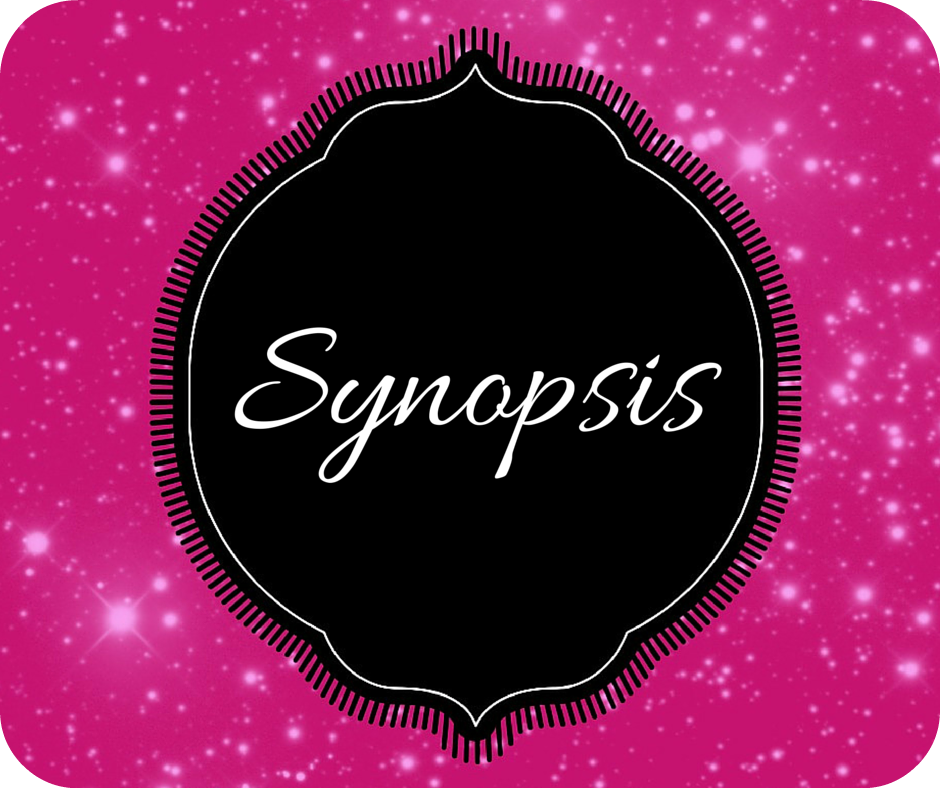 What happens when a feminist meets the chauvinist of her dreams?

When Zoe Taylor was a pudgy brown little girl in the mid-Eighties, she dreamed of being one of the tall, thin, and white BrewGirls – the spokesmodels for Windy City Brewery, the staple beermaker of Chicago for over a century.

Fast forward to 2016 – Zoe’s thirty-five, more curvy than pudgy, and working for Windy City Brewery as their lead marketing director. Her BrewGirl aspirations far behind her, Zoe is a self-proclaimed feminist who enjoys spending time with her best friend Ben, avoiding judgmental glares from her marriage-minded mother Marjorie and uptight twin brother Franny, and being a stellar employee to her demanding boss Diane.
Everything in her life changes the day she meets real-life Ken Doll Nick Webster, a twentysomething sales ingénue she’s forced to work with on a beverage launch. After greeting her with a compliment about her breasts, Zoe instantly hates him. Two months later, she falls in love.

But when she suspects that Nick is still carrying on with his rumored playboy ways, Zoe becomes unrecognizable to herself. From spying to crying, Zoe’s focus shifts from herself to monitoring her younger boyfriend’s every move. When she uncovers a heart-wrenching secret that threatens to tear both her relationship and her family apart, Zoe has to find her voice again. 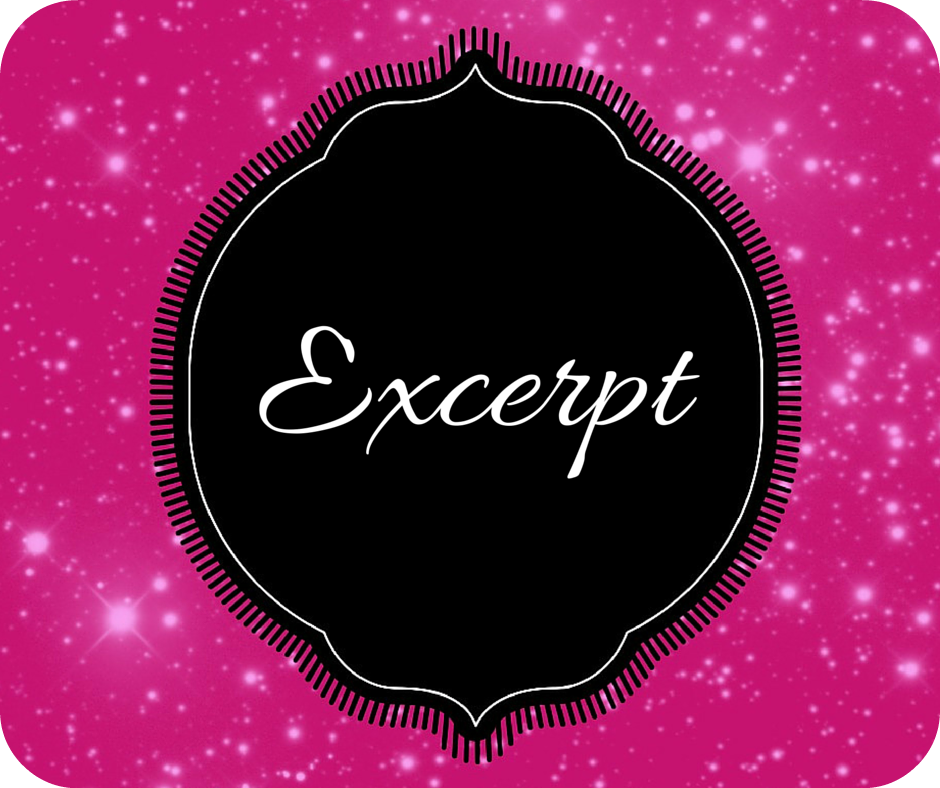 Reggie Davis. Former high school classmate and current corporate attorney. Six-five, skin the
hue of almond, personality the hue of douchebag. Zoe hated him at seventeen so she wasn’t sure what made her think she’d like the thirty-five-year-old version of him any better. She would have expressed as much, had he’d allowed her to get a word in edgewise. He was quite the Chatty Cathy over dinner at Alberto’s in Lincoln Park, Zoe’s grown up neighborhood of residence – only fifteen minutes away from the suffocating suburbs of Hampton Estates where her parents and brother still lived.

"So, I started at Lowe & Bernstein’s about nine years ago, fresh out of law school. I'd like to
make partner within the next year – ambitious for someone my age, I know, but I really feel I have what it takes,” he said, pinching the topknot of his silk tie. “When you know you're greatness, others will know too. That's my life's motto. I also..."

Does this man ever. stop. fucking. talking?, Zoe wondered as she fought to keep her eyes from
rolling in the back of her head. He was completely full of himself and Zoe found nothing interesting about Grown Up Reggie. At least High School Reggie was the captain of the basketball team and (according to rumor) hung like a Clydesdale. Remembering the big dick rumor made her click the ‘Accept As Friend’ button two days before but she knew it was a mistake. She widened her eyes and nodded as he continued on and on about his last trip to the Rockies.

“At the right altitude, the whole damn place is beautiful. One day, I’ll have to take you there,”
Reggie said with a brown-eyed wink.

Reggie laughed, tilting his head back in a fake show of enthusiasm. Zoe gave a quiet sigh as she sank her fork into her cheesecake slice. If she hadn’t logged on that day and saw that announcement.

The one that hit her like a semi driving at a hundred miles per hour:

Zoe’s breath had caught in her chest as she read the illuminated words on her laptop’s screen.
Her high school sweetheart was...married. Zoe had straightened her back in her office chair as she let the realization wash over her. I should be happy for him, she thought. Indeed, she should have been, as it was her whom ended things with him. Michael had planned a surprise proposal and executed it in front of Zoe’s family after Thanksgiving dinner. Her parents were in on it, Zoe’d found out later, after she had responded to the proposal with a no. Marjorie was devastated; Paul cringed and gave the devastated Mike a remorseful slap on the back. Zoe’s uptight twin brother, Franny, shook his head at her while his wife Stacy stuttered something about dessert in an effort to diffuse the awkward situation.

Ten years later, Zoe continued to defend her rejection anytime her mother brought up the ill-
fated memory – and straight-chaser Marjorie never missed an opportunity to bring it up. Zoe avoided her mother after she’d read the announcement online, knowing that Marjorie’s reaction to it would do nothing but piss her off. Zoe was barely out of college back then and was just starting her career climb when Michael, then in serious student loan debt for an English degree he barely used as a high school counselor, proposed. The two had fought constantly about trusting each other, another reason for Zoe to avoid matrimony. The third reason was the simplest: Zoe didn’t want to get married to anyone.

"Zoe? Hello in there?" Reggie asked, interrupting Zoe’s thoughts. She had no idea how long he’d
gone on his last tangent.

She sat up straighter in the chair. "Oh...sorry, Reg. You were saying?"

He smiled with an air of his trademark smug, giving Zoe a quick flashback of their days at Bradley High. "I was asking if you'd like to have a drink...or, we can always go back to my place." He raised an eyebrow at Zoe, the casual sex request ringing loud and clear. Zoe parted her lips to deliver the rejection and then thought back to Mike.

He's married and happy without me.

Try saying Yes to a man for a change.

"Let's go to your place," Zoe said, tossing her cloth napkin on the table. Maybe if I put something
in his mouth, he'll stop talking, she thought as Reggie raised his hand to get the bill. 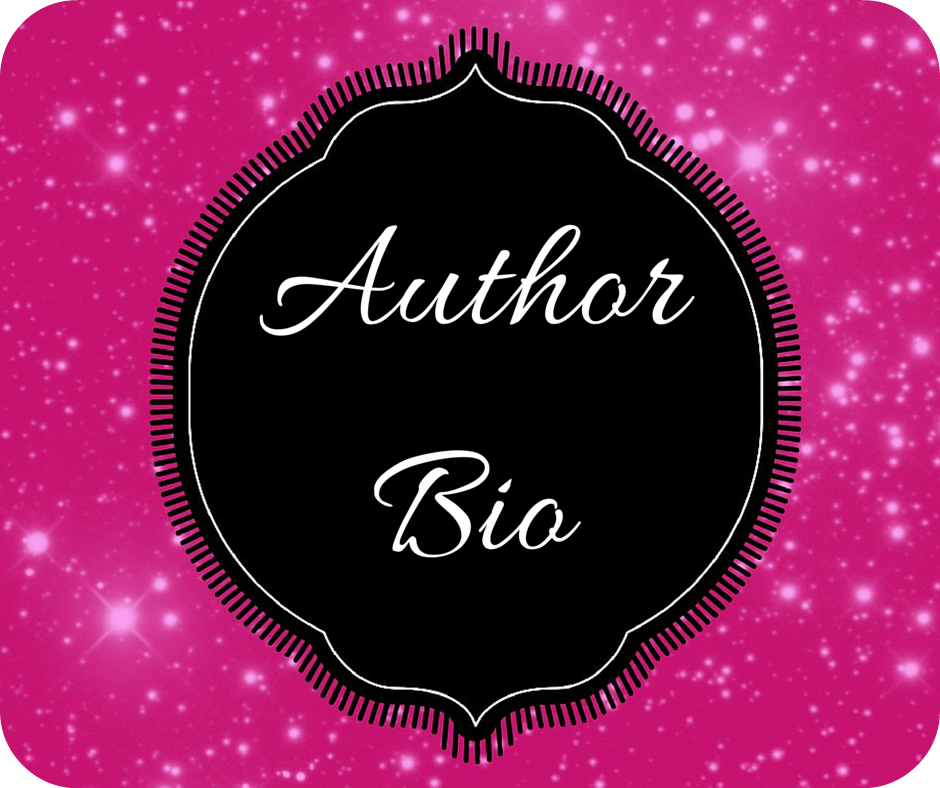 I'm Eliza David and my genre is what I coin as 'Cougar Lit'. I write about the fictional realities of flawed but fabulous women in their late thirties and early forties, navigating life while dealing with experiences such as divorce, death, empty nests, career changes, and sexual awakenings.

The Cougarette Series - my debut collection released in 2015 - is about a 43-year-old divorcee finding love again with a 25-year-old man. It contains six books - The Cougarette, Cougarette in the Country, Cougarette Takes Manhattan, Cougarette On Top, Girls' Night In, and The Cougarette's Secret. My next novel, BrewGirl, is available for preorder now and drops on February 20, 2016.

Born and raised in Chicago, I currently reside in Iowa City. When I'm not writing, working full time, or raising my two children with my loving husband, I enjoy hobbies such as reading, fitness and the occasional bit of celebrity gossip. I am also a featured blogger for the Real Moms of Eastern Iowa. 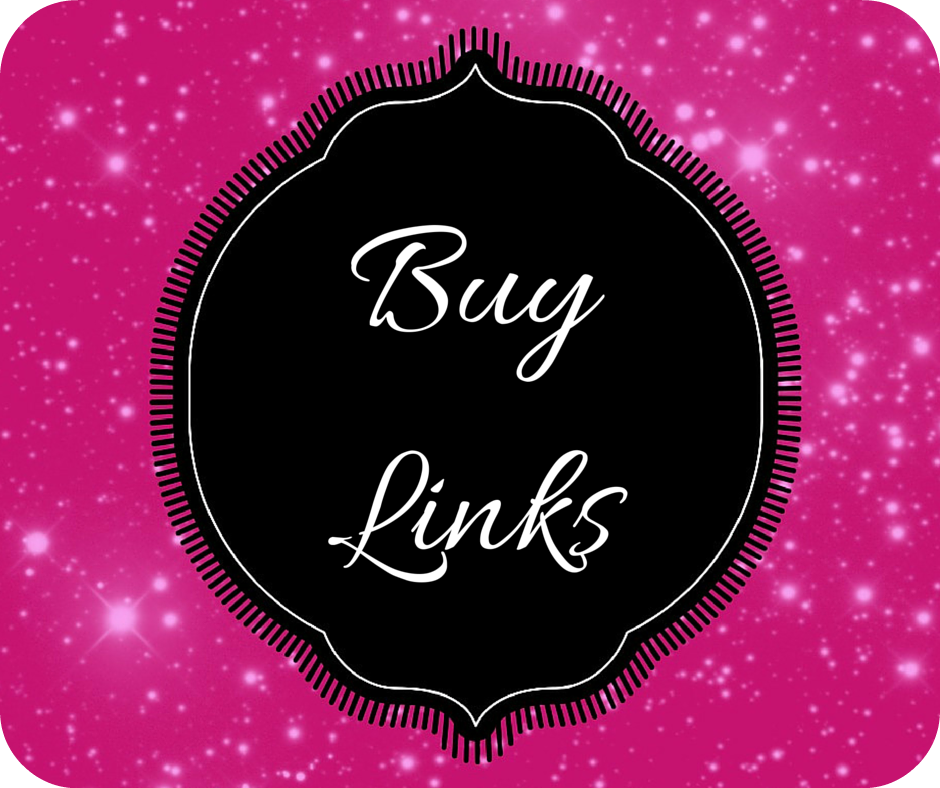 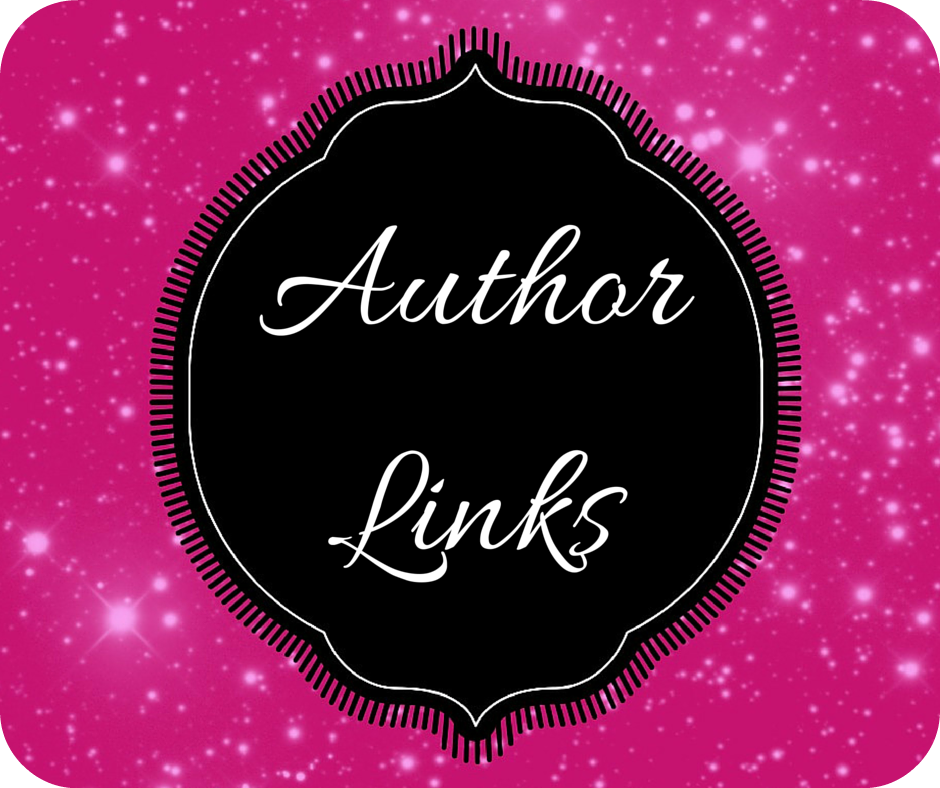 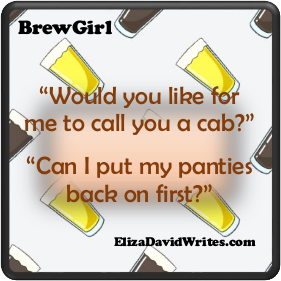 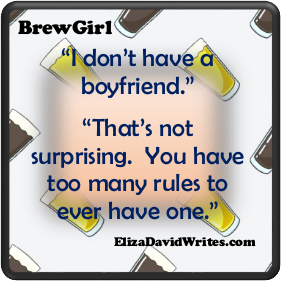