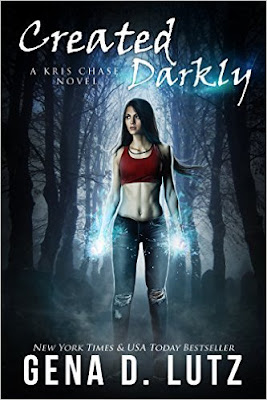 Necromancer Kris Chase's purpose is simple. Blindly raise the dead for the primary elite, self necro-governed group, the Center. The problem is, she couldn't care less about what the Center expects from her. Instead, she is more content with snuffing out the life-force from every vile creature she can get her hands on; the same monsters her brethren indiscriminately create… for the right price. Until the life of someone dear to her is threatened. With the stakes raised insurmountably, she finds herself bound by desperation to create the very darkness she always fought against being consumed by, going against everything she has ever believed in. 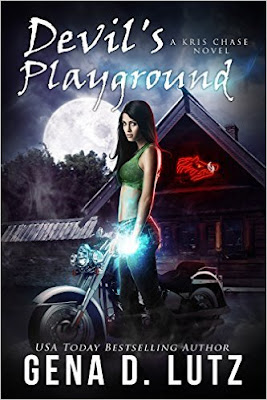 To repay a debt, necromancer Kris Chase finds herself slinging drinks behind the bar of a well-known supes club, Devil’s Playground. But that doesn’t mean her life has settled into anything resembling normal. Vampire kills are still on the rise, and now, a new enemy has surfaced. Battered bodies of the young and beautiful are popping up everywhere. And true to form, the ghost of one of the victims implores Kris for help. As Kris delves deeper into the case, she suspects that the murderers are monstrous enemies from her past, and when vital clues are uncovered, helping to prove her hunch, she sets out to find the perpetrators behind the brutal slayings. 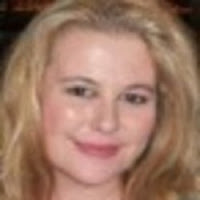 Gena D. Lutz is the USA Today Best Selling author of Sonnet Vale, Paranormal Hunter, which was one of 13 contributions to Romancing the Paranormal: All New Tales. She writes in both the paranormal romance and urban fantasy genres and has five novels currently in publication. 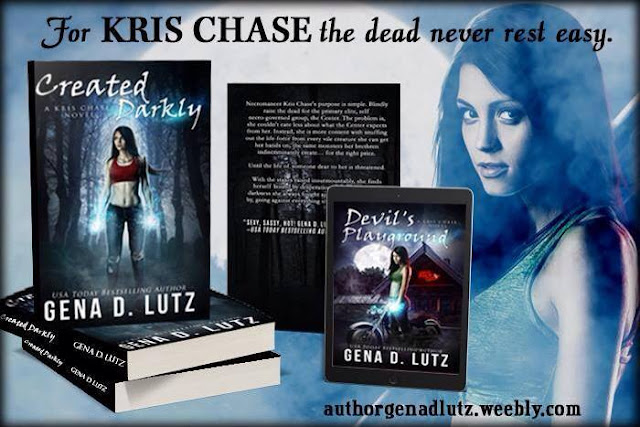