Alex Hensley thought that discovering vampires existing in Sydney was as dangerous as her life could possibly get, but she was wrong. Her very survival still depends on her ability to keep the secret. Just when Alex believes she has a grip on her new life, Nicholas, the teenage son of her estranged cousin shows up unannounced and gives her a chilling note from his mother, begging for help; the boy is in grave danger. Nicholas, though kind and mild mannered is not forthcoming and Alex senses something is dreadfully wrong. The more Alex delves, the closer she is to igniting a war more personal for her than she ever dreamed. Though she cannot turn the boy away, something perhaps even worse than vampires has been unleashed in Sydney. The vampire nation scrambles as tensions rise. Their hold over the city has never been challenged like this, and they would rather destroy Sydney than relinquish it. How can Alex hope to protect Nick, when the entire city is under threat and Alex can warn no one? Ideals will be shaken. Friendships will be tested. Allegiances will be questioned. The streets of Sydney will shatter as a bloodthirsty battle, once thought to exist only in myth, rises at the full moon.

Alex and Dante stepped into the elevator of Raven Apartments. She jabbed the down button impatiently. Herschel Rasmussen and Dante had just engaged in a long q-&-a session, but as far as Alex could tell it was all mumbo jumbo. But why had Lauren’s name been mentioned? She had not heard from her ex-bff and never asked either, but was it possible she had something to do with the wolves?

Alex was stopped from finishing her question by Dante almost crushing her lips with his own, pressing her body hard into the wall of the elevator. He broke the kiss to seek her jaw and neck, his cool mouth leaving wet kisses and sending tingles over the skin he touched with it.

“Forgive me…” Dante breathed, gripping her body tight, using his tongue to trail up her neck, taking her ear lobe into his mouth and sucking it in. Every kiss gave Alex tingly goose bumps. “It’s time.”

“Time for what?” Alex whispered, eyes closed, head back.

The elevator shuddered to a halt. Alex snapped her eyes open and saw that Dante had hit the emergency stop button. His green eyes blazed. “I need you."

are saying on Goodreads

"I tell you one thing...this book had me air-punching, shrieking and shouting yesssss with every page turn!"
"I was pulled in from the beginning and just didn't want to put the book down..." "I may have lost a few hours sleep with this one, but it was worth it..." " I would seriously give this book far more than 5 stars if I could..." "How did you make book 2 better than the first?"
"I loved every minute..."
"Holy hell...that ending!" 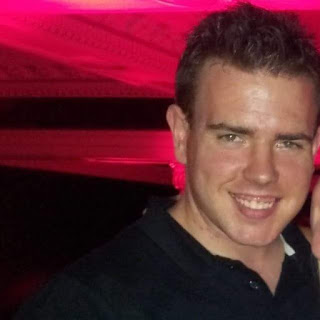 I've been writing since I was around 11, and have rarely been seen without staring off into the distance or with a pen in my hand ever since.

Whatever my genre I happen to be writing at the time, I am passionate about bringing this beautiful country I live in, Australia, to light. (Hint hint...even if that includes epic fantasy and vampires)