Synopsis
Lydia Baker is returning home, despite being less than welcome and less than excited about it. The last time she was in the nosy little town of Park Bay, she was being shipped off to the looney-farm by her own father. Her best friend, Kate, is the only reason she’s going back, and Lydia is determined more than ever to fix herself and stop relying so completely on her friend. Which would be
easier if Kate’s judgmental cousin wasn’t in town too and if he didn’t make her drool so damn much.
Callum Reeves hasn’t seen his cousin, Kate, in eight years. Returning home was meant to be the easy comfort that he needed after losing his high flying job in LA, and consequently, his high flying girlfriend. A new job, his hometown, and finally
surrounded by what he knows. It would be perfect if it wasn’t for Kate’s nutjob best friend always being around. Her mood changes as often as her hair colour – which is a lot- and all Callum wants to do is strangle her. That is when he’s not
thinking about how good she’d look in his bed.
He hates her. She isn’t too fond of him either. He’s a straight-laced townie she can’t understand, and she’s crazy and broken in ways he can’t imagine. Their curiosity for one and other has them discovering things they never knew about themselves as well as each other.
With the entire town watching every move that’s made, Lydia’s ever growing insanity, and Callum’s job with the enemy, what’s the worst that could happen?
WARNING: for mature readers only. Contains profanity, smut, scenes of a sensitive nature, and oodles of poor decisions.
Add to Goodreads 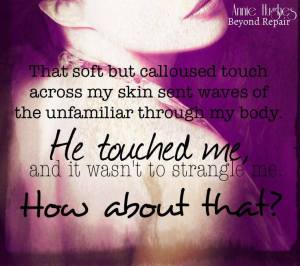