Cover Designer: Reese Dante
Cover Photo: Stock Photo
Release Date: January 28, 2016
Amazon US: http://amzn.to/1Vp6UK4
Amazon UK: http://amzn.to/1NyzbI5
Amazon CA: http://amzn.to/1OWTwcf
Amazon AU: http://bit.ly/1PBF13e
ARe: http://bit.ly/1nPOp6U
KOBO: http://bit.ly/1nNIQGd
Goodreads: http://bit.ly/1K7uhSq
BLURB:
Nightclub owner Marcus Feldman never met a man he didn’t love, at least for the night. Although his best friends have all found love, Marcus shuns their advice to commit to one man and settle down. His past has taught him monogamy and marriage is for fools, and Marcus is anything but a fool. Tyler Reiss’s dream of dancing professionally is unexpectedly cut short and replaced by a different kind of love. He trades in his ballet slippers for go go boots, and spends his nights dancing at the hottest gay club in the city. Flirting with the customers for tips is easy, but resisting the dark and sexy Marcus is becoming harder to do with each passing day. Unforeseen circumstances bring Marcus and Tyler closer and though they give in to their mutual passion, both still struggle to guard their hearts. When crises threaten, Tyler and Marcus find their strength in each other rather than falling apart. Tyler must choose to either run, or stay and fight for the life he wants, while Marcus realizes that love doesn’t mean losing himself and opens his heart, making him a better man in the end.
TEASERS 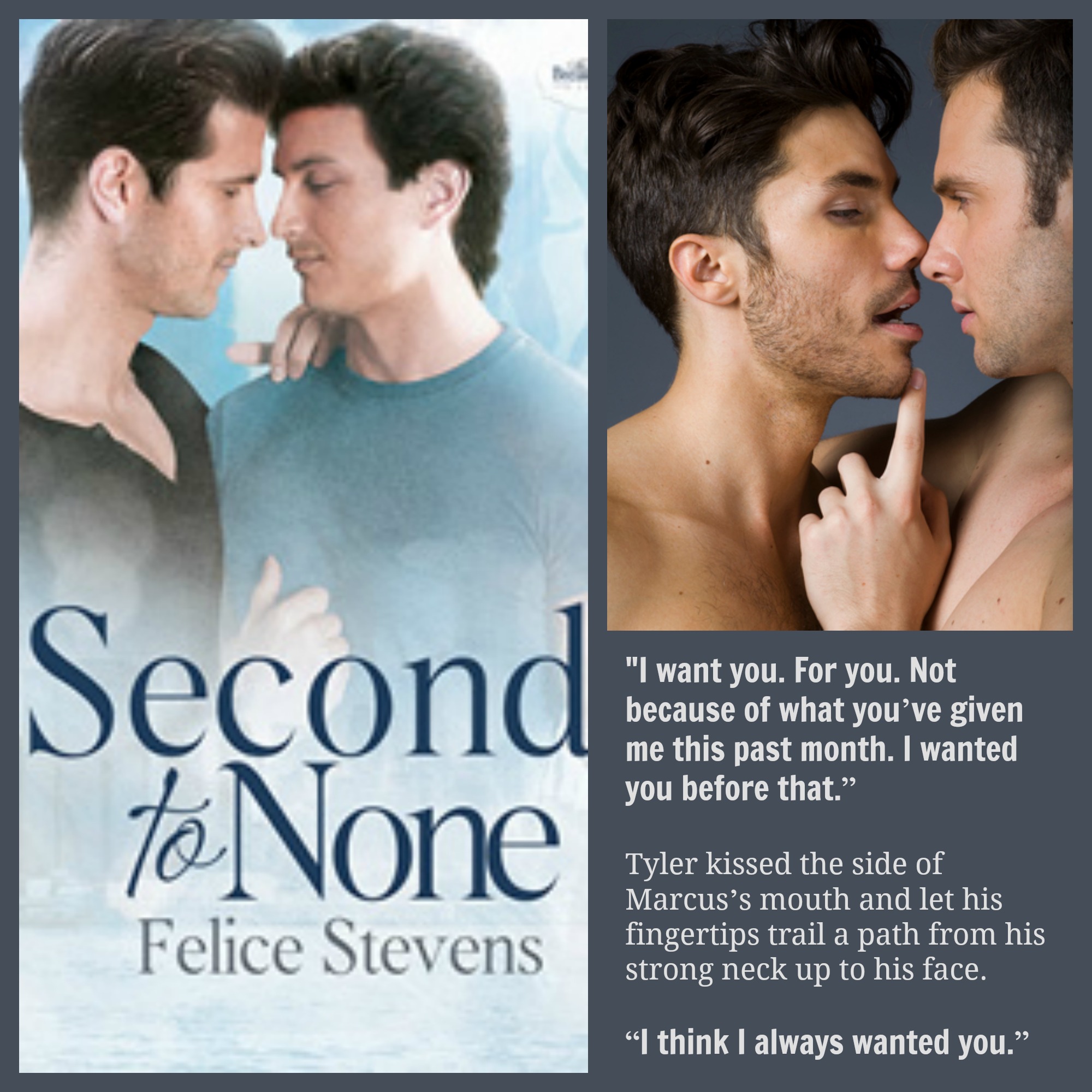 EXCERPT
“This wasn’t a permanent arrangement; you knew that.” Tyler leaned against the wall. “I can’t impose on you any longer. I’m sure you want your bedroom and your life back.” “I didn’t mind it last night.” He walked over to Tyler and placed a hand on his neck, stroking him. This he could do. He had no qualms about seducing Tyler to stay with him. The troubling reason why he wanted him there so badly, Marcus pushed to the side for now. Instead, he pulled Tyler close, settling their hips in line, and his cock thickened in his pants. “I’d tell you if I did. Please, come with me to brunch, and we can talk.” Doubt clouded Tyler’s eyes. “I don’t belong there. Those are your friends, the people you’re closest with.” “I had my dick inside you twice last night, Tyler. How much closer could we get?” It took Marcus many minutes of deep, persuasive kisses to rid Tyler of his confusion. When he pulled away though, the ground under his feet reeled, and Marcus needed a moment to compose himself. They remained standing close; Tyler’s hands rested on his shoulders while he clasped Tyler around his hips. He nuzzled Tyler’s ear, then pleaded with him. “Come on; you have to help me out here. They’re all coupled up, and the last thing I want is to listen to them be all disgustingly loving and happy.” An amused glint lit Taylor’s eyes. “And you hate that, huh?” “Bet that sweet ass of yours I do.” He gave Tyler’s ass a squeeze for effect, and the light in Tyler’s eyes smoldered. “If you want me to come, you’d better get your hands off my ass.” Marcus’s lips curved up in a grin as he popped open the button of Tyler’s jeans and drew them down. “I definitely want you to come; in every way possible,” he said, and sank to his knees, uncaring of how late he might be to meet Zach and Julian.
ABOUT THE AUTHOR
Felice Stevens has always been a romantic at heart. While life is tough, she believes there is a happy ending for everyone. She started reading traditional historical romances as a teenager, then life and law school got in the way. It wasn't until she picked up a copy of Bertrice Small and became swept away to Queen Elizabeth's court that her interest in romance novels was renewed.
But somewhere along the way, her reading shifted to stories of men falling in love. Once she picked up her first gay romance, she became so enamored of the character-driven stories and the overwhelming emotion there was no turning back. Felice lives in New York City with her husband and two children. Her day begins with a lot of caffeine and ends with a glass or two of red wine. Although she practices law, she daydreams of a time when she can sit by a beach and write beautiful stories of men falling in love. Although there is bound to be some angst along the way, a Happily Ever After is always guaranteed.
SOCIAL MEDIA LINKS
Twitter:https://twitter.com/FeliceStevens1
Pinterest: https://www.pinterest.com/felicestevens/
Goodreads: https://www.goodreads.com/author/show/8432880.Felice_Stevens
Instagram: https://instagram.com/FeliceStevens
Author Page: https://www.facebook.com/felicestevensauthor?ref=hl
Newsletter: http://felicestevens.us8.list-manage2.com/subscribe?u=d43061d90bf2256eb322ed69f&id=586ac8fa57
The Breakfast Club Series
Beyond the Surface, Book 1
Amazon US: http://amzn.to/1MPImrX
Amazon UK http://amzn.to/1S1zUpD
ARe: http://bit.ly/1PMdRUF
Betting on Forever, Book 2
Amazon US: http://amzn.to/1Px4utJ
Amazon UK: http://amzn.to/1X3tWG7
All Romance: http://bit.ly/1MykS7o
GIVEAWAY
<a class="rcptr" href="http://www.rafflecopter.com/rafl/display/c86a96707/" rel="nofollow" data-raflid="c86a96707" data-theme="classic" data-template="" id="rcwidget_8l4frqwo">a Rafflecopter giveaway</a> <script src="https://widget-prime.rafflecopter.com/launch.js"></script>
Posted by Unknown at 7:08 AM