Luca: You Will Be Mine 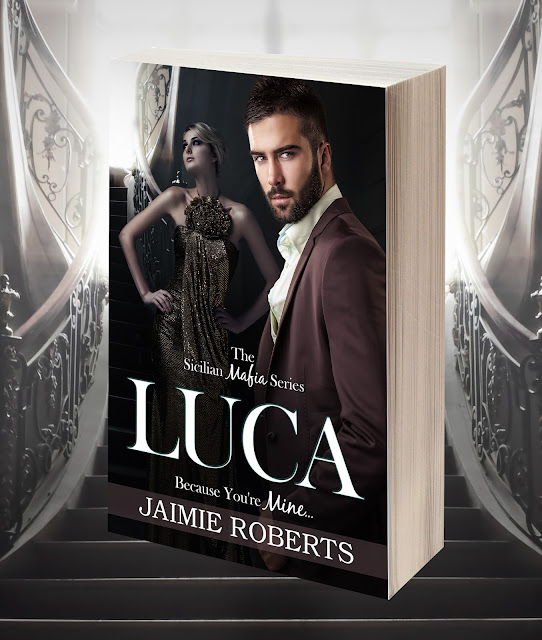 Murderous thoughts. That is what I had once Isabella walked through the door and revealed to me who she was. I needed an escape. An escape from my thoughts, an escape from the hurt... an escape from... him.

I was a broken woman, but I was never going to break my resolve. I grew up being a fighter, because I had to. No man could ever bring me down... Not even Luca.

But, I had to admit, I never thought my heart would break as much as it did that day. Of course, I fled, but I was a fool to think he would ever let me go. He always told me I was his... no matter what the cost. He was determined to keep me, regardless of the lengths he had to go to reach his goal. He was like a moth to my flame, a tattoo carved into my heart. I could never escape his pull.

I may have evaded him, but I knew it was just a matter of time. However, once he did catch up with me nothing could have prepared us for what happened next. 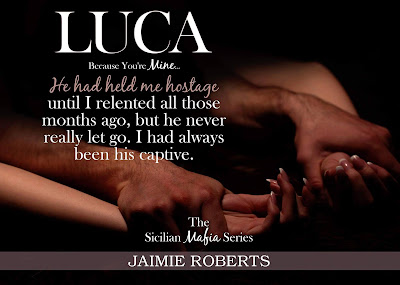 Title: Luca (You Will Be Mine)  Author: Jaimie Roberts
Genre: Suspenseful Erotica 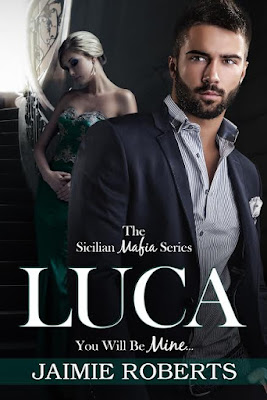 Have you ever wondered what it would be like to be held hostage by an Italian stallion?


My name is Clara, and I am part-owner of a brothel called “The Castle.” My empire is my home which I’ve worked hard to build a life from. A future. But one day, the infamous Luca Belatoni stepped into my office and demanded that I pay him protection money.
Of course, I refused.
Of course, he wouldn’t take no for an answer.


Now he is in my castle—holding me hostage. Trying to control my mind in business and my body in bed. Neither of which I will allow. No matter how much his caramel eyes and Italian words of love puncture my hardened heart. 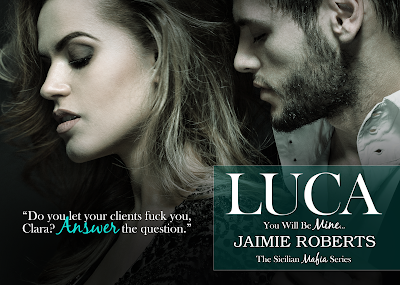 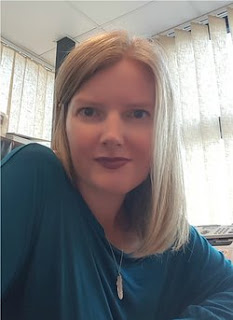 Jaimie Roberts was born in London, but moved to Gibraltar in 2001. She is married with two sons, and in her spare time, she writes.

In June 2013, Jaimie published her first book, Take a Breath, with the second released in November 2013. With the reviews, Jaimie took time out to read and learn how to become a better writer.

She gets tremendous enjoyment out of writing, and even more so from the feedback she receives. 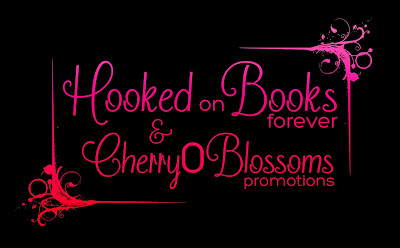